The effects of acute ethanol ingestion on whole body and hepatic protein metabolism in humans are not known. To simulate social drinking, we compared the effects of the association of a mixed meal (632 kcal, 17% amino acids, 50% glucose, 33% lipids) with a bottle of either table wine (ethanol content 71 g) or water on the estimates ([1-14C]-leucine infusion) of whole body protein breakdown, oxidation, and synthesis, and on the intravascular fractional secretory rates (FSR) of hepatically (albumin, fibrinogen) and extrahepatically (IgG) synthesized plasma proteins in two randomized groups (ethanol n = 7, water n = 7) of healthy nonalcoholic volunteers. Each study was carried out for 8 h. Protein kinetics were measured in the overnight post-absorptive state, over the first 4 h, and during a meal infusion (via a nasogastric feeding tube at constant rate) combined with the oral ingestion of wine or water, over the last 4 h. When compared with water, wine ingestion during the meal reduced (P < 0.03) by 24% the rate of leucine oxidation, did not modify the estimates of whole body protein breakdown and synthesis, reduced (P < 0.01) by approximately 30% the FSR of albumin and fibrinogen, but did not affect IgG FSR. In conclusion, 70 g of ethanol, an amount usual among social drinkers, impairs hepatic protein metabolism. The habitual consumption of such amounts by reducing the synthesis and/or secretion of hepatic proteins might lead to the progressive development of liver injury and to hypoalbuminemia also in the absence of protein malnutrition. 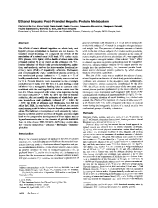 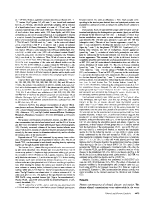 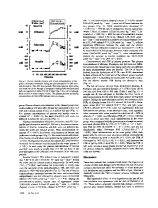 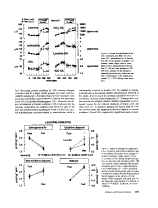 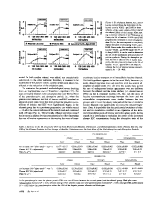 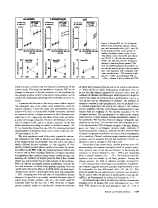 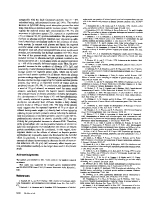 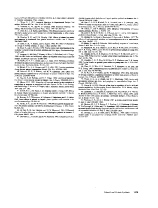