Find articles by Masuda, I. in: JCI | PubMed | Google Scholar

Find articles by Haas, A. in: JCI | PubMed | Google Scholar

Previous studies have shown increased nucleotide pyrophosphohydrolase (EC 3.6.1.8) (NTPPHase) activity in detergent extracts of degenerated human cartilage containing calcium pyrophosphate dihydrate (CPPD) crystals relative to those from osteoarthritis or normal cartilage. NTPPHase was later shown to be an ectoenzyme and its activity was increased in synovial fluid from patients with CPPD crystal deposits relative to fluids from other types of arthritis. We have purified a soluble 61-kD NTPPHase from conditioned media of organ-cultured porcine articular cartilage to electrophoretic homogeneity. Its NH2-terminal sequence through 26 cycles showed < 30% homology to any previously reported protein sequence. An antibody raised to a synthetic peptide corresponding to this sequence reacted with denatured but not native enzyme. This antibody reacted against a sedimentable vesicle-associated 127-kD protein in conditioned media from cultured articular cartilage or from chondrocytes in primary monolayer culture and against a series of soluble proteins in conditioned media supernatant, including a 61-kD protein representing our original isolate. No reactivity was found in 1% SDS extracts of washed cultured chondrocytes, although these contained greater NTPPHase activity than the conditioned media. Antibody to PC-1, another ectoNTPPHase, reacted with 1% SDS extracts of whole chondrocytes but not against those chromatographic fractions containing the major portion of NTPPHase activity. Release of the vesicle-associated 127-kD enzyme into conditioned medium was stimulated three- to sevenfold by TGF beta 1. The antibody also reacted with a series of soluble proteins and with 127-kD sedimentable protein in human synovial fluid. Kinetic studies supported the existence of a unique vesicle-associated NTPPHase; apparent Km (mM) of chondrocyte membrane NTPPHase was 1.5 and 3.0 at pH 7.3 and 9.88, respectively; apparent Km (mM) of vesicle associated NTPPHase was 0.83 and 1.28 at pH 7.3 and 9.88. The data suggest the existence of a unique ecto-NTPPHase associated with vesicles derived from normal articular cartilage. 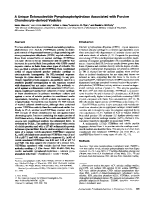 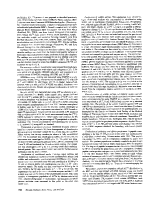 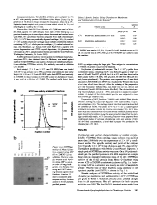 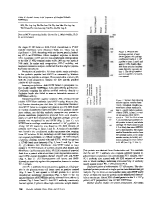 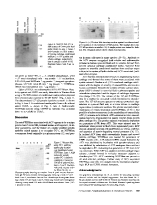 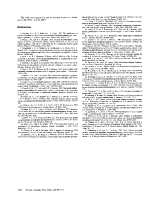