Find articles by Francke, U. in: JCI | PubMed | Google Scholar

Pulse-chase studies of [35S]cysteine-labeled fibrillin were performed on fibroblast strains from 55 patients with Marfan syndrome (MFS), including 13 with identified mutations in the fibrillin-1 gene and 10 controls. Quantitation of the soluble intracellular and insoluble extracellular fibrillin allowed discrimination of five groups. Groups I (n = 8) and II (n = 19) synthesize reduced amounts of normal-sized fibrillin, while synthesis is normal in groups III (n = 6), IV (n = 18), and V (n = 4). When extracellular fibrillin deposition is measured, groups I and III deposit between 35 and 70% of control values, groups II and IV < 35%, and group V > 70%. A deletion mutant with a low transcript level from the mutant allele and seven additional patients have the group I protein phenotype. Disease in these patients is caused by a reduction in microfibrils associated with either a null allele, an unstable transcript, or an altered fibrillin product synthesized in low amounts. In 68% of the MFS individuals (groups II and IV), a dominant negative effect is invoked as the main pathogenetic mechanism. Products made by the mutant allele in these fibroblasts are proposed to interfere with microfibril formation. Insertion, deletion, and exon skipping mutations, resulting in smaller fibrillin products, exhibit the group II phenotype. A truncated form of fibrillin of 60 kD was identified with specific fibrillin antibodies in one of the group II cell culture media. Seven of the nine known missense mutations, giving rise to abnormal, but normal-sized fibrillin molecules, are in group IV. 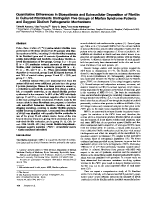 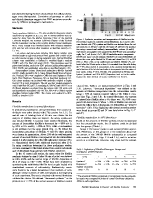 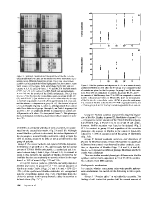 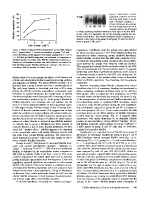 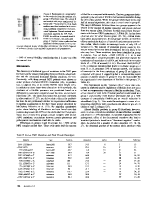 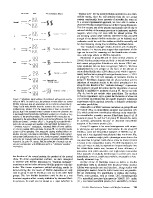 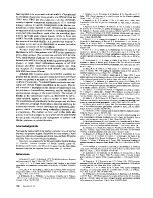 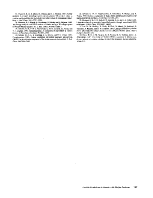