Find articles by Kubota, A. in: JCI | PubMed | Google Scholar

Find articles by Shimatsu, A. in: JCI | PubMed | Google Scholar

The presence of somatostatin receptors has been demonstrated in various endocrine tumors as well as in normal tissues. We recently have cloned five human somatostatin receptor subtypes (SSTR1-SSTR5). These mRNAs are expressed in a tissue-specific manner. In this study, we have determined the somatostatin receptor subtypes expressed in various endocrine tumors using a reverse transcriptase polymerase chain reaction method. In two cases of glucagonoma and its metastatic lymph nodes in one case, all the SSTR subtype mRNAs except SSTR5 mRNA were expressed. In four cases of insulinoma, SSTR1 and SSTR4 mRNAs were detected, but SSTR2 mRNA was not detected in one case and SSTR3 mRNA was not detected in two cases, indicating a heterogeneous expression of SSTR subtypes in insulinomas. Interestingly, SSTR3 mRNA, which is highly expressed in rat pancreatic islets, is not expressed in normal human pancreatic islets, while SSTR1, SSTR2, and SSTR4 mRNAs are expressed. In three cases of pheochromocytoma, SSTR1 and SSTR2 mRNAs were detected, showing an expression pattern identical to that of normal adrenal gland. In a carcinoid, SSTR1 and SSTR4 mRNAs were detected. We have also found that human SSTR2 shows a high affinity for SMS 201-995, which has been used clinically for the treatment of endocrine tumors. Since SMS 201-995 was effective in the treatment of a patient with glucagonoma in which SSTR2 mRNA was present, but had no effect in a patient with carcinoid in which SSTR2 mRNA was not detected, this study suggests that the efficacy of SMS 201-995 may depend, at least in part, on the expression of SSTR2 in tumors. 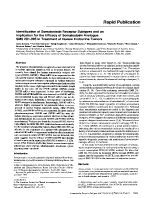 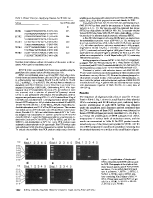 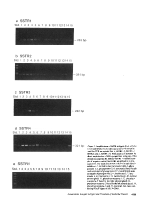 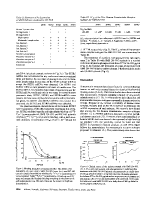 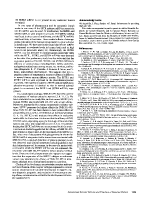