Find articles by Brown, A. in: JCI | PubMed | Google Scholar

1,25-dihydroxyvitamin D3[1,25(OH)2D3] suppresses parathyroid hormone (PTH) gene transcription. Recent evidence suggests that retinoid X receptors are involved in 1,25(OH)2D3-mediated transcriptional events. However, little data exists for a role of retinoids in parathyroid function or in PTH expression. In the present study, we observed that all-trans- or 9-cis retinoic acid suppressed the release of PTH from bovine parathyroid cell cultures. Both retinoids were remarkably potent with significant decreases evident at 10(-10) M and a maximally suppressive effect (approximately 65%) at 10(-7) M. All-trans-retinol was considerably less potent in this system. The effect was not evident until 12 h, suggesting that retinoids did not affect the rapid secretion of preexisting PTH stores. PreproPTH mRNA levels were also suppressed by retinoic acid and the retinoid potencies were similar to those observed in the secretion studies. Combined treatment with 10(-6) M retinoic acid and 10(-8) M 1,25(OH)2D3 more effectively decreased PTH secretion and preproPTH mRNA than did either compound alone. These data indicate that retinoic acid: (a) elicits a bioresponse in bovine parathyroid cells; (b) attenuates PTH expression at the protein and mRNA levels, and (c) acts independently of 1,25(OH)2D3 in the control of PTH expression. 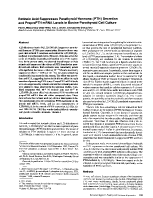 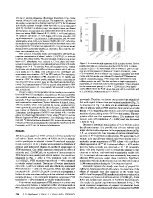 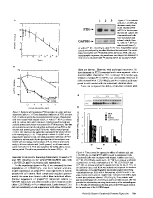 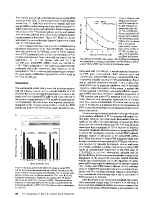 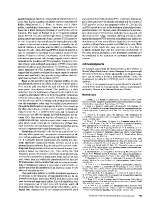 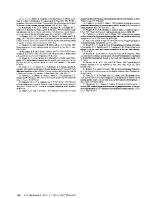