High density lipoprotein deficiency with xanthomas. A defect in reverse cholesterol transport caused by a point mutation in the apolipoprotein A-I gene.

A 7-yr-old girl with high density lipoprotein (HDL) deficiency and xanthomas has been identified in a Turkish kindred with repetitive consanguinity. She has severely reduced HDL-cholesterol and no apolipoprotein (apo) A-I. ApoA-II is reduced, whereas apoA-IV and apoC-III are normal. ApoB and low density lipoprotein (LDL)-cholesterol are increased. This is reflected in hypercholesterolemia. VLDL and IDL particles are low, and serum triglycerides are normal. The genetic defect could be identified as a base insertion into the third exon of the apoA-I gene. This leads to a nonsense peptide sequence beginning at amino acid 5 of the mature plasma protein and early termination of translation. The patient is homozygous for this mutation. Pedigree analysis indicated an autosomal dominant inheritance with no evidence of another genetic defect of lipoprotein metabolism in the kindred. In HDL deficiency, HDL binding to leukocytes was increased compared to normal. In the postprandial state, binding of labeled HDL3 to leukocytes is unchanged. This is in contrast to results with postprandially isolated leukocytes from controls or Tangier patients, which have a reduced binding capacity for HDL3. These results indicate that postprandial HDL precursors may compete the binding of labeled HDL3. The metabolic consequences of HDL deficiency were analyzed. There is only a small number of HDL-like particles containing apoA-II, apoA-IV, apoE, and lecithin/cholesteryl acyl transferase. The C-apolipoproteins were normal in the proband. Due to the lack of HDL they can only associate with apoB-containing particles, where they may interfere with cellular uptake. Thus, pure apoA-I deficiency leads to a complex metabolic derangement. 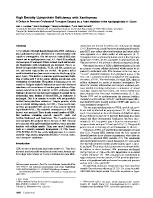 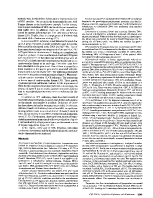 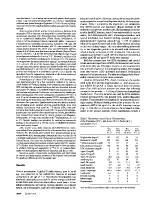 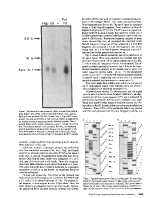 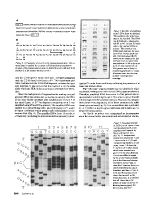 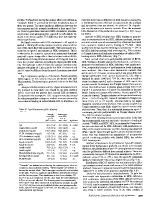 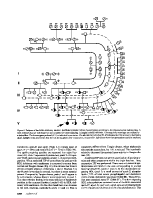 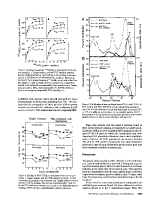 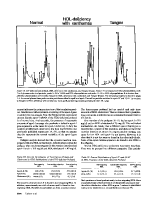 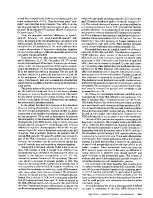 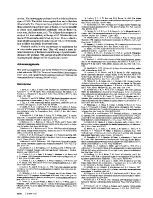 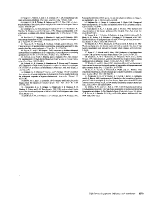