Find articles by Tonge, A. in: JCI | PubMed | Google Scholar

Using the functionally differentiated colonic cell line, HT29-19A, we have examined sites at which inhibitory G-proteins mediate the antisecretory actions of somatostatin (SST) and the alpha 2-adrenergic agonist, clonidine (CLON) at the epithelial level. Both agents caused a dose-dependent inhibition (EC50:SST 35 nM; CLON 225 nM) of Cl- secretion (assessed by changes in short circuit current) activated by cAMP-mediated agonists, PGE2 and cholera toxin. Inhibition was accompanied by a reduction in intracellular cAMP accumulation and could be blocked by pretreatment with pertussis toxin at a concentration (200 ng/ml) which activated ADP-ribosylation of a 41-kD inhibitory G protein in HT29-19A membranes. Secretion stimulated by the permeant cAMP analogue, dibutyryl cAMP, was also inhibited by SST and CLON (30-50%; P < 0.005), indicating additional inhibitory sites located distal to cAMP production. Both agents were effective inhibitors of secretion mediated through the Ca2+ signaling pathway. SST (1 microM) and CLON (10 microM) reduced the Isc response to the muscarinic agonist, carbachol, by 60-70%; inhibition was reversed in pertussis toxin-treated cells. These effects did not, however, involve inhibition of the carbachol-induced increase in cellular inositol 1,4,5-trisphosphate levels or the rise in cytosolic calcium, [Ca]i. Inhibition by SST of secretion induced by phorbol 12,13 dibutyrate but not by the calcium agonist, thapsigargin, suggests that SST may act at a distal inhibitory site in the Ca(2+)-dependent secretory process activated by protein kinase C. We conclude that SST and alpha 2-adrenergic agonists can act directly on intestinal epithelial cells to exert a comprehensive inhibition of Cl- secretion mediated through both cAMP and Ca2+/protein kinase C signaling pathways. Inhibition is mediated via pertussis toxin-sensitive G-proteins at sites located both proximal and distal to the production of second messengers. 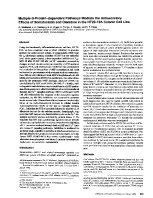 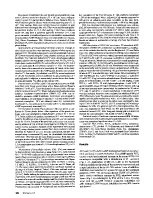 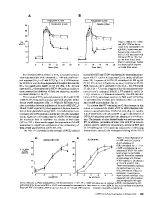 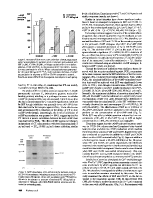 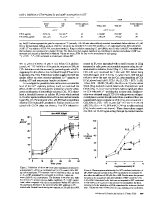 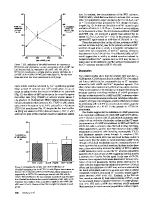 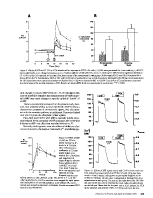 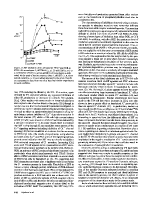 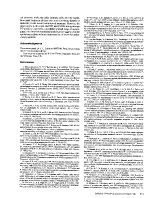