Nitric oxide regulates the expression of vasoconstrictors and growth factors by vascular endothelium under both normoxia and hypoxia.

The mechanisms by which hypoxia causes vasoconstriction in vivo are not known. Accumulating evidence implicates the endothelium as a key regulator of vascular tone. Hypoxia induces the expression and secretion of endothelin-1 (ET-1), a potent vasoconstrictor in cultured human endothelial cells. We report here that nitric oxide (NO), an endothelial-derived relaxing factor, modifies this induction of ET-1. Whereas low oxygen tension (PO2 = 20-30 Torr) increases ET-1 expression four- to eightfold above that seen at normal oxygen tension (PO2 = 150 Torr), sodium nitroprusside, which releases NO, suppresses this effect. This inhibition of hypoxia-induced ET-1 expression occurs within the first hour of exposure of cells to sodium nitroprusside. Moreover, when the endogenous constitutive levels of NO made by endothelial cells are suppressed using N-omega-nitro-L-arginine, a potent competitive inhibitor of NO synthase, the baseline levels of ET-1 produced in normoxic environments are increased three- to fourfold. The effects of hypoxia and the NO synthase inhibitor on ET-1 expression are additive. The regulation of ET-1 production by NO appears to be at the level of transcription. Similar effects of NO were observed on the expression of the PDGF-B chain gene. PDGF-B expression was suppressed by NO in a hypoxic environment and induced by N-omega-nitro-L-arginine in both normoxic and hypoxic environments. These findings suggest that in addition to its role as a vasodilator, NO may also influence vascular tone via the regulated reciprocal production of ET-1 and PDGF-B in the vasculature. 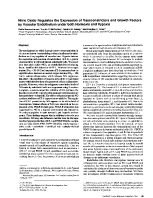 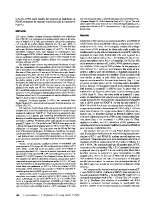 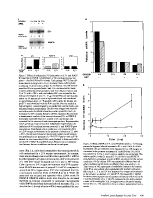 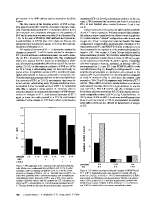 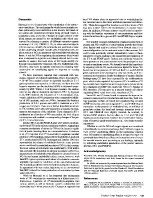 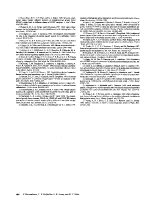