Astrocytes are the primary source of tissue factor in the murine central nervous system. A role for astrocytes in cerebral hemostasis.

Hemostasis in the brain is of paramount importance because bleeding into the neural parenchyma can result in paralysis, coma, and death. Consistent with this sensitivity to hemorrhage, the brain contains large amounts of tissue factor (TF), the major cellular initiator of the coagulation protease cascades. However, to date, the cellular source for TF in the central nervous system has not been identified. In this study, analysis of murine brain sections by in situ hybridization demonstrated high levels of TF mRNA in cells that expressed glial fibrillary acidic protein, a specific marker for astrocytes. Furthermore, primary mouse astrocyte cultures and astrocyte cell lines from mouse, rat, and human constitutively expressed TF mRNA and functional protein. These data indicated that astrocytes are the primary source of TF in the central nervous system. We propose that astrocytes forming the glia limitans around the neural vasculature and deep to the meninges are intimately involved in controlling hemorrhage in the brain. Finally, we observed an increase in TF mRNA expression in the brains of scrapie-infected mice. This modulation of TF expression in the absence of hemorrhage suggested that TF may function in processes other than hemostasis by altering protease generation in normal and diseased brain. 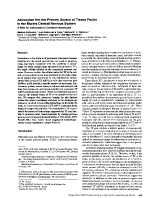 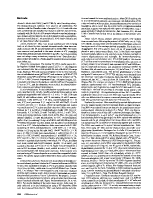 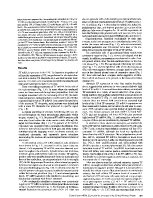 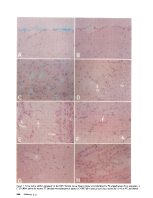 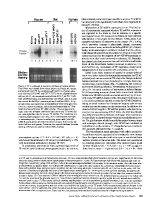 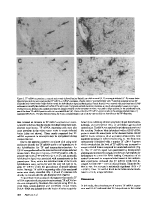 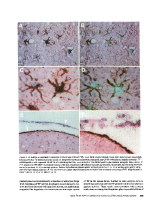 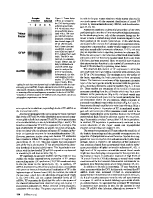 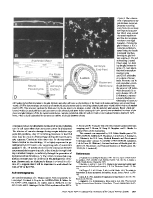 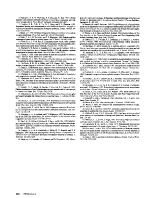