Find articles by Mixson, A. in: JCI | PubMed | Google Scholar

Find articles by Weintraub, B. in: JCI | PubMed | Google Scholar

Thyroid hormone resistance (THR) is primarily an autosomal dominant inherited disease characterized by resistance of pituitary and peripheral tissues to the action of thyroid hormone. We investigated whether the heterogeneous phenotypic features that occur not only among kindreds but also within the same kindred might be due to the expression of differing ratios of mutant and normal receptors in tissues. Using an allele-specific primer extension method, we determined the relative expression of normal and mutant mRNAs from the fibroblasts of affected and unaffected members of two kindreds with TRH: A-H and N-N. While two affected members of A-H, as expected, had nearly equal amounts of normal and mutant hTR beta mRNA, two other members had mutant mRNA levels that accounted for at least 70% of the hTR beta mRNA. Phenotypic variability within and between kindreds with generalized resistance to thyroid hormone GRTH may be due to this differential expression of the mutant and wild type mRNA. Furthermore, when several clinical parameters of THR were compared in several affected members from two kindreds with GRTH, we found that two cases in one kindred exhibited a high mutant-to-normal hTR beta ratio and had considerably more bone resistance during their development. In certain kindreds with THR, differing ratios of normal and mutant hTR receptors may be age and growth related and may account for the reported attenuation of phenotypic symptoms with age. 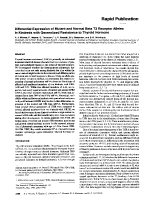 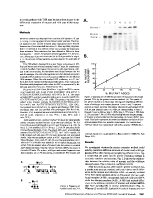 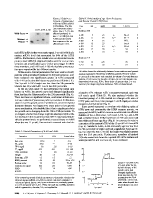 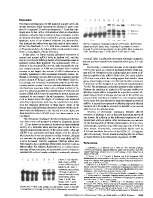 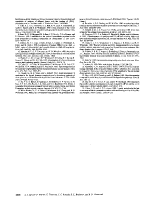