Differentiation therapy may provide an alternative for treatment of cancers that do not respond to cytotoxic chemotherapy or hormonal manipulations. This hypothesis led us to evaluate the effect of a nontoxic differentiation inducer, sodium phenylacetate (NaPA), on hormone-refractory prostate cancer, the second most common cause of cancer deaths in men. NaPA treatment of androgen-independent PC3 and DU145 prostate cell lines, like that of hormone-responsive LNCaP cultures, resulted in dose-dependent inhibition of cell proliferation. Similar treatments were not significantly inhibitory to replicating normal endothelial cells and skin fibroblasts. In addition to the selective cytostatic effect, NaPA induced reversion of the prostatic cells to a nonmalignant phenotype, evidenced by their reduced invasiveness and loss of tumorigenicity in athymic mice. Phenotypic reversion was accompanied by alterations in gene expression, including selective reduction in tumor growth factor-beta 2 mRNA levels and increased amounts of class I major histocompatibility complex HLA transcripts. Furthermore, there was a decrease in tumor-associated proteolysis mediated by urokinase plasminogen activator, a molecular marker of disease progression in humans. When tumor cells were treated with NaPA together with suramin, a drug with demonstrable activity in patients, there was complete abrogation of cell growth under conditions in which each treatment alone produced only a partial effect. The in vitro antineoplastic activity was observed with drug concentrations that have been achieved in humans with no significant toxicities, suggesting that PA, used alone or in combination with other antitumor agents, warrants evaluation in the treatment of advanced prostatic cancer. 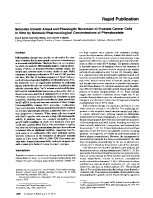 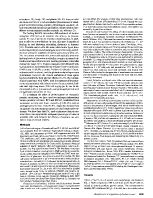 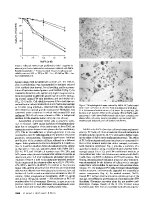 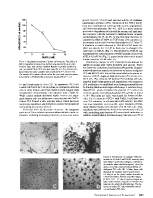 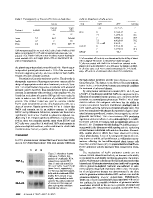 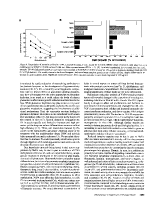 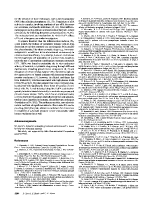 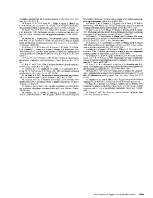