Find articles by Walsh, A. in: JCI | PubMed | Google Scholar

In humans, diets high in saturated fat and cholesterol raise HDL-cholesterol (HDL-C) levels. To explore the mechanism, we have devised a mouse model that mimics the human situation. In this model, HuAITg and control mice were studied on low fat (9% cal)-low cholesterol (57 mg/1,000 kcal) (chow) and high fat (41% cal)-high cholesterol (437 mg/1,000 kcal) (milk-fat based) diets. The mice responded to increased dietary fat by increasing both HDL-C and apo A-I levels, with a greater increase in HDL-C levels. This was compatible with an increase in HDL size observed by nondenaturing gradient gel electrophoresis. Turnover studies with doubly labeled HDL showed that dietary fat both increase the transport rate (TR) and decreased the fractional catabolic rate of HDL cholesterol ester (CE) and apo A-I, with the largest effect on HDL CE TR. The latter suggested that dietary fat increases reverse cholesterol transport through the HDL pathway, perhaps as an adaptation to the metabolic load of a high fat diet. The increase in apo A-I TR by dietary fat was confirmed by experiments showing increased apo A-I secretion from primary hepatocytes isolated from animals on the high fat diet. The increased apo A-I production was not associated with any increase in hepatic or intestinal apo A-I mRNA, suggesting that the mechanism of the dietary fat effect was posttranscriptional, involving either increased translatability of the apo A-I mRNA or less intracellular apo A-I degradation. The dietary fat-induced decrease in HDL CE and apo A-I fractional catabolic rate may have been caused by the increase in HDL particle size, as was suggested by our previous studies in humans. In summary, a mouse model has been developed and experiments performed to better understand the paradoxical HDL-raising effect of a high fat diet. 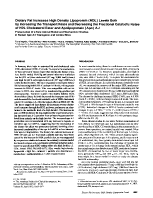 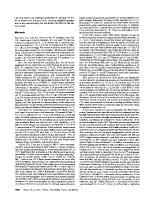 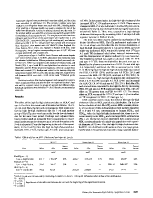 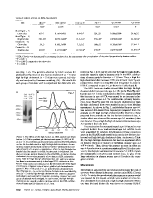 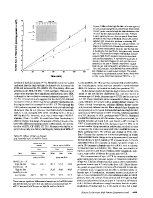 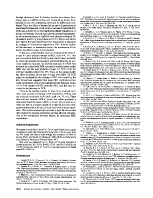 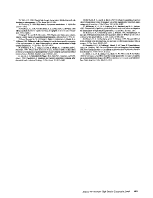