Induction patterns of 70 genes during nine days after hepatectomy define the temporal course of liver regeneration.

Liver regeneration is an important process that allows for recovery from hepatic injuries caused by viruses, toxins, ischemia, surgery, and transplantation. Previously, we identified > 70 immediate-early genes induced in regenerating liver after hepatectomy, 41 of which were novel. While it is expected that the proteins encoded by these genes may have important roles in regulating progression through the G1 phase of the cell cycle during regeneration, we were surprised to note that many of these "early" genes are expressed for extended periods during the hepatic growth response. Here we define several patterns of expression of immediate-early, delayed-early, and liver-specific genes during the 9-d period after hepatectomy. One pattern of induction parallels the major growth period of the liver that ends at 60-72 h after hepatectomy. A second pattern has two peaks coincident with the first and second G1 phases of the two hepatic cell cycles. A third group, which includes liver-specific genes such as C/EBP alpha, shows maximal expression after the growth period. Although the peak in DNA synthesis in nonparenchymal cells occur 24 h later than in hepatocytes, most of the genes studied demonstrate similar induction in both cell types. This finding suggests that the G0/G1 transition occurs simultaneously in all cells in the liver, but that the G1 phase of nonparenchymal cells may be relatively prolonged. Finally, we examined the expression of > 70 genes in clinical settings that could induce liver regeneration, including after perfusion in a donor liver, hepatic ischemia, and fulminant hepatic failure. We found that a small number of early and liver-specific genes were selectively activated in human livers under these conditions, and we thereby provide a potential means of measuring the caliber of the regenerative response in clinical situations. 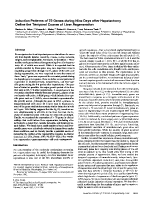 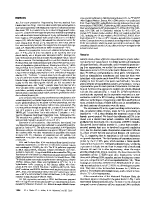 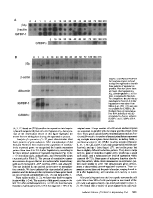 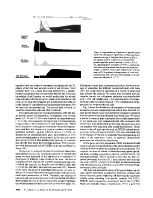 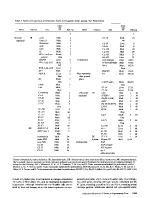 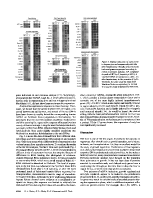 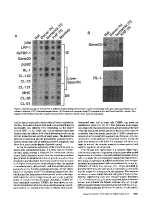 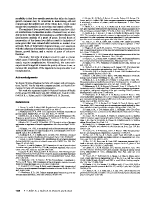