Effects of oleate-rich and linoleate-rich diets on the susceptibility of low density lipoprotein to oxidative modification in mildly hypercholesterolemic subjects.

Find articles by Grasse, B. in: JCI | PubMed | Google Scholar

We report the results of feeding oleate- or linoleate-enriched diets for 8 wk to mildly hypercholesterolemic subjects and the resulting alterations in composition and functional properties of their plasma LDL and HDL. LDL isolated from subjects on oleate-enriched diets was less susceptible to copper-mediated oxidation, as measured by conjugated diene and lipid peroxide formation, and less susceptible to LDL-protein modification, as evidenced by reduced LDL macrophage degradation after copper- or endothelial cell-induced oxidation. For all subjects, the percentage of 18:2 in LDL correlated strongly with the extent of conjugated diene formation (r = 0.89, P < 0.01) and macrophage degradation (r = 0.71, P < 0.01). Oxidation of LDL led to initial rapid depletion of unsaturated fatty acids in phospholipids followed by extensive loss of unsaturated fatty acids in cholesteryl esters and triglycerides. Changes in HDL fatty acid composition also occurred. However, HDL from both dietary groups retained its ability to inhibit oxidative modification of LDL. This study demonstrates that alterations in dietary fatty acid composition can effectively alter the fatty acid distribution of LDL and HDL in hypercholesterolemic subjects and that susceptibility to LDL oxidation is altered by these changes. Substitution of monounsaturated (rather than polyunsaturated) fatty acids for saturated fatty acids in the diet might be preferable for the prevention of atherosclerosis. 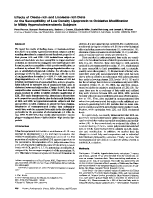 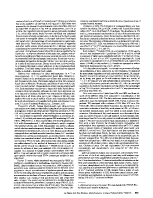 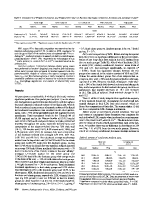 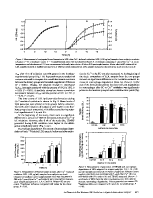 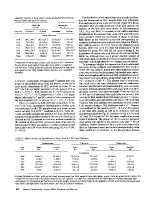 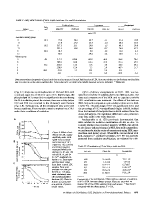 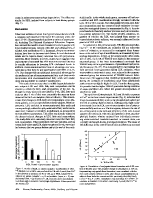 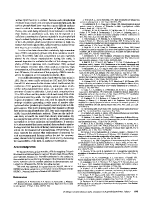 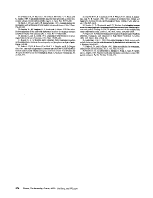