The expression of the PTH and calcitonin genes is dramatically decreased by 1,25(OH)2D3 in vivo, and the PTH gene expression is increased by hypocalcemia. We have now studied the effect of estrogens on the expression of these genes in vivo. 17 beta-Estradiol, given to ovariectomized rats, led to a fourfold increase in PTH mRNA and calcitonin mRNA levels. These effects occurred 24 h after single injections of 37-145 nmol estradiol, or after constant infusions of 12 pmol/d for 1 or 2 wk, where there was no effect on serum calcium levels. The estrogen receptor mRNA was demonstrated in the thyroparathyroid tissue by polymerase chain reaction. The estrogen binding was localized to the parathyroid and C cells by immunohistochemistry. Uterus weight was increased by repeated larger doses (73 nmol/d x 7) of estradiol, but not by the small doses (12 pmol/d for 1 or 2 wk) which were effective on the PTH and calcitonin genes, suggesting a sensitive endocrine effect. These results confirm that the parathyroid and C cells are target organs for estrogen, leading to an increased expression of PTH and calcitonin, which by their combined anabolic effect on bone would help prevent osteoporosis. 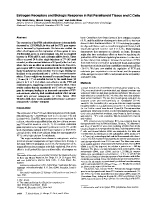 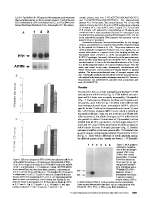 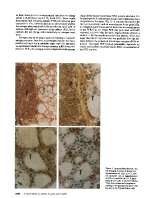 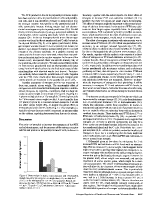 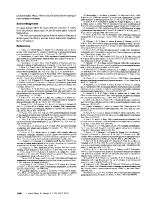