Evidence for defective transmembrane signaling in B cells from patients with Wiskott-Aldrich syndrome.

H U Simon, G B Mills, S Hashimoto, and K A Siminovitch

B lymphocytes from patients expressing the X chromosome-linked immune deficiency disorder, Wiskott-Aldrich syndrome (WAS), fail to produce antibodies in response to stimulation with polysaccharides and other type-2 T cell-independent antigens. To investigate whether this abnormality reflects a defect in the signal transduction cascade normally triggered by ligation of surface immunoglobulin (sIg) on B cells, we have examined early signaling events induced by anti-Ig antibody stimulation of EBV B lymphoblastoid cell lines from WAS patients and healthy controls. Despite the expression of comparable levels of sIg and sIgM on WAS and control EBV B cells, WAS cells failed to manifest the increased proliferation in response to anti-Ig treatment observed in the control cell lines. WAS and control EBV B cells also differed in the magnitude of the change in cytosolic free calcium ([Ca2+]i) induced by sIg ligation; WAS cells showed either markedly diminished or no changes in [Ca2+]i levels whereas control EBV B cells consistently showed increases in [Ca2+]i. Anti-Ig-induced changes in inositol phosphate release were also markedly reduced in WAS compared with control cells. As protein tyrosine phosphorylation is thought to represent a proximal event in the activation of B cells, inducing increases in [Ca2+]i by virtue of tyrosine phosphorylation of phospholipase C (PLC)-gamma, profiles of protein tyrosine phosphorylation and expression of tyrosine-phosphorylated PLC-gamma 1 were compared between WAS and normal EBV B cells before and after sIg cross-linking. These studies revealed that in addition to defective mobilization of Ca2+, the WAS cells manifested little or no increase in tyrosine phosphorylation of PLC-gamma 1 or other intracellular proteins after sIg ligation. Together these results indicate the association of WAS with a defect in the coupling of sIg to signal transduction pathways considered prerequisite for B cell activation, likely at the level of tyrosine phosphorylation. The abnormalities observed in these early transmembrane signaling events in WAS EBV B cells may play a role not only in the nonresponsiveness of WAS patient B cells to certain T independent antigens, but also in the genesis of some of the other cellular deficits exhibited by these patients. 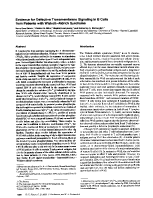 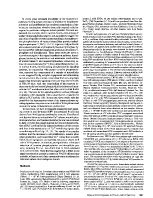 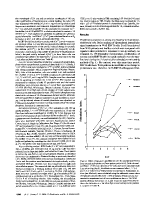 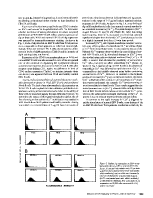 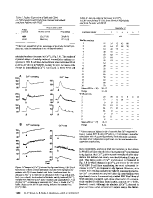 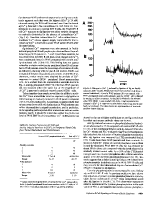 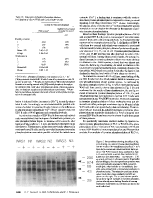 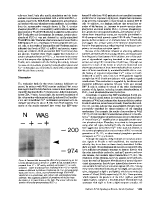 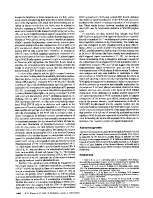 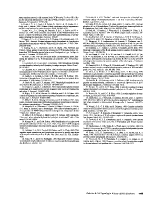