The fourth component of complement (C4) is encoded by two closely linked genes (C4A and C4B) within the MHC. Null alleles at either locus (C4AQ0 or C4BQ0) are relatively common, occurring at the C4A locus in approximately 10% of normal individuals and at the C4B locus in approximately 16% of normal individuals. However, the presence of the double null haplotype (C4A*Q0,B*Q0) on the same chromosome is extremely rare. We recently studied a 7-yr-old patient with recurrent sinopulmonary infections in whom we documented the mechanism by which the C4A*Q0,B*Q0 double null haplotype arose. Evaluation revealed significantly reduced levels of both C4 antigen and C4 hemolytic activity. Analysis of extended haplotypes in the family was performed using MHC typing and genomic DNA analysis. The patient was found to have a C4A*3,B*Q0 haplotype and a C4A*Q0,B*Q0 haplotype. The C4A*3,B*Q0 haplotype was contributed by the father. The mother possessed a C4A*Q0,B*1 haplotype and a C4A*3,B*1 haplotype. The first maternal haplotype was involved in a recombination event within the C4B locus on her other chromosome and resulted in a new C4B*Q0 null allele and the patient's C4A*Q0,B*Q0 haplotype. Segregation analysis mapped the recombination to a region 3' to the unique 6.4-kb TaqI restriction fragment of the maternal C4B locus. This is the first demonstration of a recombination event producing a C4 double null haplotype. 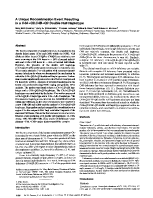 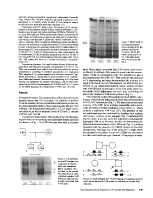 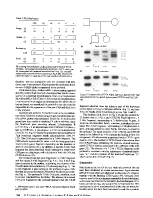 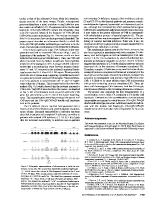 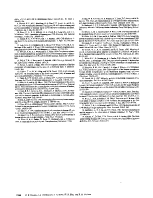