Find articles by Clark, A. in: JCI | PubMed | Google Scholar

Find articles by White, A. in: JCI | PubMed | Google Scholar

We have previously reported that a human small cell lung cancer (SCLC) cell line (COR L103) that expresses the proopiomelanocortin (POMC) gene and secretes ACTH precursor peptides is relatively resistant to glucocorticoid regulation. Using this model, we have now examined alternative regulatory mechanisms of the POMC gene and found that both the mRNA and ACTH precursor peptides were stimulated four- and two-fold, respectively, after 48 h incubation with db-cAMP. Next, we examined the dopamine agonist, bromocriptine, which acts predominantly through D2 receptors linked to adenyl cyclase to cause a reduction in intracellular cAMP. Bromocriptine suppressed cAMP levels and inhibited precursor peptide secretion within 24 h in a dose-dependent manner (0.15-15 microM). At the highest dose, peptide secretion was inhibited from 95 to 53 pmol/mg protein, and POMC mRNA was reduced by 50%, while beta-actin mRNA remained unchanged. This effect could not be mimicked by incubation of cells with the alpha-adrenergic antagonist, phenoxybenzamine, suggesting that the alpha-adrenergic effects of bromocriptine were not responsible for this observation. These cells also secrete estradiol, but the secretory rate was unaffected by bromocriptine, suggesting, with the beta-actin data, that the POMC inhibition was not a cytotoxic effect. No recovery in precursor peptide secretion was seen in a 48-h period after the removal of bromocriptine. However, when the postchallenge incubation was extended to 8 d, there was a recovery in secretory potential between day 3 and day 8 and normal growth kinetics in the 4 d after removal of the drug. In contrast to these findings, the mouse corticotroph cell line, AtT20, showed no response to bromocriptine, in keeping with reports that this agonist has no effect on anterior lobe corticotrophs. We conclude that bromocriptine effectively inhibits POMC expression in SCLC cells, and that this phenomenon might be of useful clinical application. 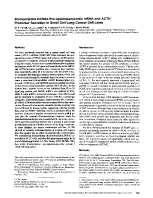 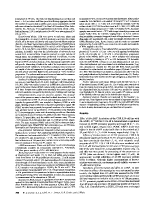 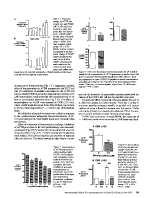 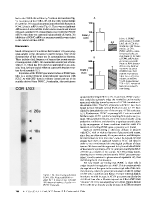 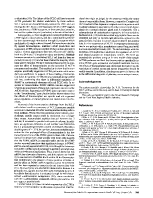 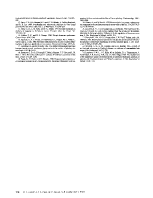