C-type natriuretic peptide (CNP), the third member of the natriuretic peptide family, is thus far known to be distributed mainly in the central nervous system and is considered to act as a neuropeptide, in contrast to atrial natriuretic peptide (ANP) and brain natriuretic peptide (BNP), which act as cardiac hormones. Recently, we and others have demonstrated that the ANP-B receptor, which is selectively activated by CNP, is localized not only in the central nervous system but in peripheral tissues, including blood vessels. This finding has made us speculate regarding the peripheral production of CNP. In the present study, cultured endothelial cells were examined for CNP production by RIA and Northern blot analysis. CNP-like immunoreactivity was detected in the conditioned media of endothelial cells. Northern blot analysis detected CNPmRNA with a size of 1.2 kb. In addition, transforming growth factor (TGF)-beta, one of the key growth factors for vascular remodeling, markedly stimulated the expression of CNPmRNA and induced a tremendous increase in CNP secretion. We could also detect CNP transcript in the bovine thoracic aorta using the reverse transcription-polymerase chain reaction method. The present study demonstrates the endothelial production of CNP and suggests that a member of the natriuretic peptide family may act as a local regulator in vascular walls. Since evidence for the pathophysiological importance of the vascular renin-angiotensin system has been accumulating and the natriuretic peptide system is known to be antagonistic to the renin-angiotensin system, the possible existence of "vascular natriuretic peptide system" may prove to be of physiological and clinical relevance. 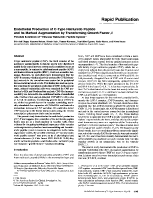 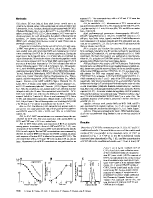 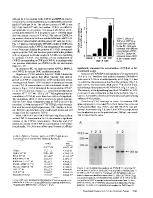 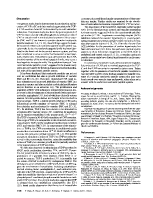 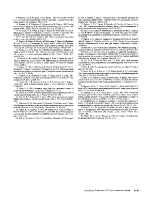