Cellular immune reactivity to recombinant OspA and flagellin from Borrelia burgdorferi in patients with Lyme borreliosis. Complexity of humoral and cellular immune responses.

Find articles by Krause, A. in: JCI | PubMed | Google Scholar

Find articles by Rensing, A. in: JCI | PubMed | Google Scholar

Find articles by Schaible, U. in: JCI | PubMed | Google Scholar

Patients with Lyme borreliosis (LB) usually develop a vigorous T cell response against the causative pathogen Borrelia burgdorferi, but little is known about the antigens recognized in the cellular response. Therefore, T cell reactivities against whole bacteria, recombinant 31-kD (outer surface protein A, [OspA]), and 41-kD proteins (flagellin) from B. burgdorferi were studied in patients with LB, non-LB patients, and healthy donors. In parallel, specific antibodies were determined by Western blot analysis. Virtually all patients with LB exhibited marked cellular responses to whole B. burgdorferi, which were significantly elevated compared with the control groups in both early and late disease stages. However, analyses using the purified antigens OspA and flagellin revealed considerable heterogeneity in the cellular reactivities among individuals as well as variations during the course of infection. T cell responses to OspA were significantly increased in patients with early LB compared with both control groups whereas in late-stage disease responses only exceeded those of non-LB patients and were not different from normal donors. Cellular immune reactivities to flagellin were significantly higher only in early LB compared with both control groups. Reciprocally, several control subjects demonstrated marked cellular responses to OspA and flagellin, suggesting that reactions to these proteins may not always be related to LB. T cell reactivity did not correlate well with the presence of specific antibodies. Almost all seropositive patients in both early and late stage LB had serum antibodies against flagellin, but antibodies to OspA were detectable only in a subset of late LB sera. These data demonstrate the complexity of the humoral and the cellular immune responses to components of B. burgdorferi. 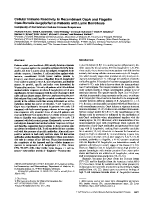 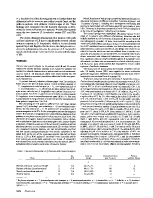 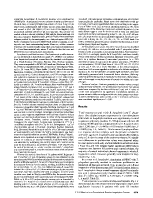 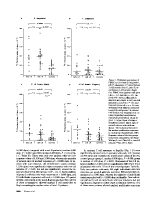 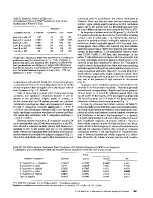 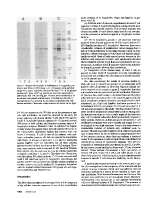 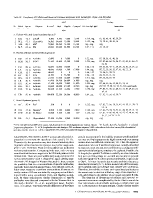 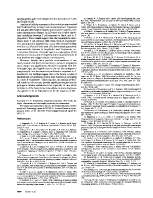