Roles of insulin resistance and beta-cell dysfunction in dexamethasone-induced diabetes.

Find articles by Ogawa, A. in: JCI | PubMed | Google Scholar

The roles of insulin resistance and beta-cell dysfunction in glucocorticoid-induced diabetes were determined in Wistar and Zucker (fa/fa) rats. All Wistar rats treated with 5 mg/kg per d of dexamethasone for 24 d exhibited increased beta-cell mass and basal and arginine-stimulated insulin secretion, indicating insulin resistance, but only 16% became diabetic. The insulin response to 20 mM glucose was normal in the perfused pancreas of all normoglycemic dexamethasone-treated rats but absent in every diabetic rat. Immunostainable high Km beta-cell transporter, GLUT-2, was present in approximately 100% of beta-cells of normoglycemic rats, but in only 25% of beta cells of diabetic rats. GLUT-2 mRNA was not reduced. All Zucker (fa/fa) rats treated with 0.2-0.4 mg/kg per d of dexamethasone for 24 d became diabetic and glucose-stimulated insulin secretion was absent in all. High Km glucose transport in islets was 50% below nondiabetic controls. Only 25% of beta cells of diabetic rats were GLUT-2-positive compared with approximately 100% in controls. Total pancreatic GLUT-2 mRNA was increased twofold suggesting a posttranscriptional abnormality. We conclude that dexamethasone induces insulin resistance, whether or not it induces hyperglycemia. Whenever hyperglycemia is present, GLUT-2-positive beta cells are reduced, high Km glucose transport into beta cells is attenuated and the insulin response to glucose is absent. 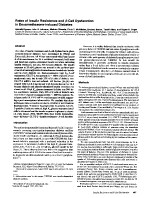 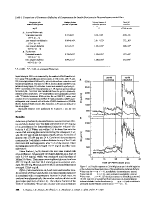 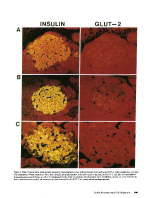 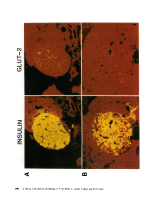 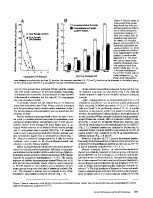 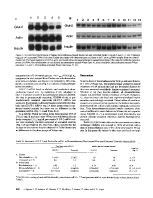 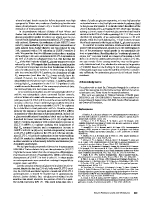 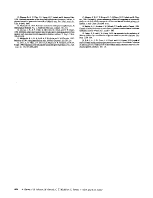