Monocytes appear to be central to atherogenesis both as the progenitors of foam cells and as a potential source of growth factors mediating intimal hyperplasia, but the chemical messages which stimulate the influx of monocytes into human atheroma remain unknown. Monocyte chemoattractant protein-1 (MCP-1) is a recently described molecule with powerful monocyte chemotactic activity expressed by monocytes, vascular endothelial cells, and smooth muscle cells in culture. To begin to address the role of MCP-1 in vivo, we examined 10 normal arteries and 14 diseased human arteries for MCP-1 expression by in situ hybridization. MCP-1 mRNA was detected in 16% of 10,768 cells counted in human carotid endarterectomy specimens with highest expression seen in organizing thrombi (33%) and in macrophage rich areas bordering the necrotic lipid core (24%) as compared to the fibrous cap (8%) and the necrotic lipid core itself (5%). Based on immunohistochemical staining of serial sections and on cell morphology, MCP-1 mRNA appeared to be expressed by vascular smooth muscle cells (VSMC), mesenchymal appearing intimal cells (MICs), and macrophages. By contrast, few cells expressing MCP-1 mRNA were found in normal arteries (less than 0.1%). These data suggest a potential role for MCP-1 in mediating monocytic infiltration of the artery wall. 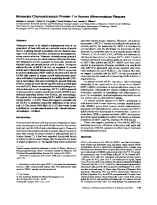 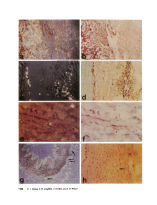 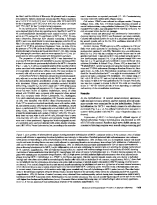 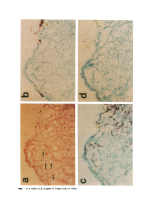 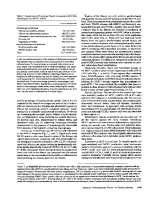 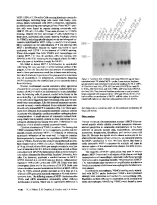 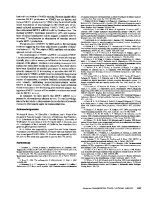