Role of T lymphocyte subsets in the pathogenesis of primary infection and rechallenge with respiratory syncytial virus in mice.

Find articles by Graham, B. in: JCI | PubMed | Google Scholar

The role of CD4+ and CD8+ T lymphocytes in terminating respiratory syncytial virus (RSV) replication, causing disease, and protecting from reinfection was investigated using a BALB/c mouse model in which CD4+ or CD8+ lymphocytes or both were depleted by injections of Mab directed against the respective mouse lymphocyte determinants. Kinetics of RSV replication, illness, and pathology were assessed after primary infection and rechallenge. Both CD4+ and CD8+ lymphocyte subsets were involved in terminating RSV replication after primary infection. When both T lymphocyte subsets were depleted RSV replication was markedly prolonged, yet no illness was evident, suggesting that host immune response rather than viral cytocidal effect was the primary determinant of disease in mice. Both CD4+ and CD8+ lymphocytes contributed to illness, although CD8+ lymphocytes appeared to play the dominant role in this particular system. Analysis of histological responses suggested that CD4+ lymphocytes were required for the appearance of peribronchovascular lymphocytic aggregates seen in normal mice after rechallenge, and that the presence of alveolar lymphocytes was correlated with illness. It is postulated that antibody is an illness-sparing mechanism for protecting mice from RSV infection, and that T lymphocytes are an important determinant of illness. Further delineation of RSV-induced immunopathogenesis in primary infection and reinfection will provide important information for the development of vaccine strategies. 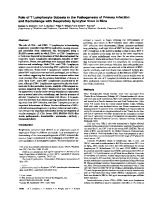 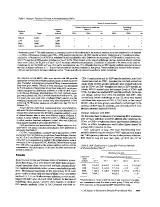 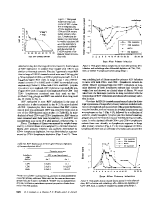 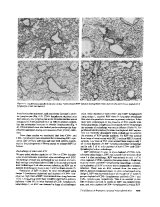 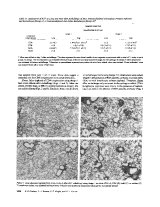 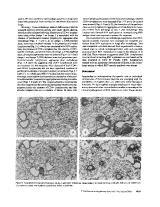 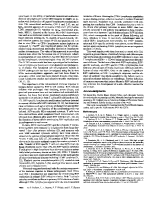 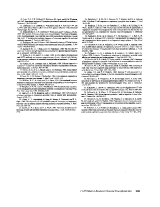