Find articles by Fogelman, A. in: JCI | PubMed | Google Scholar

Minimally modified low density lipoprotein (MM-LDL), derived by mild iron oxidation or prolonged storage at 4 degrees C, has been shown to induce certain inflammatory responses in vascular cells in tissue culture. These include induction of monocyte (but not neutrophil) adherence to endothelial cells (EC), induction of EC production of colony stimulating factors (CSF), and induction of EC and smooth muscle cell production of monocyte chemotactic protein (MCP-1). To test for biologic activity in vivo, microgram quantities of MM-LDL were injected into mice, sera were assayed for CSF activity, and tissues were subjected to Northern analysis. After injection of MM-LDL, CSF activity increased approximately 7-26-fold but remained near control levels after injection of native LDL. Essentially all of the induced CSF activity was due to macrophage CSF as judged by antibody inhibition. Injection of MM-LDL into a mouse strain (C3H/HeJ) that is resistant to bacterial LPS gave similar results, indicating that the induction of CSF was not due to contaminating LPS and suggesting that there are differences in the pathways by which LPS and MM-LDL trigger cytokine production. In addition, after injection of MM-LDL, mRNA for JE, the mouse homologue of MCP-1, was markedly induced in various tissues, but was not induced after injection of native LDL. We conclude, therefore, that MM-LDL is biologically active in vivo and may contribute to the early stages of atherosclerosis by acting as an inflammatory agent. 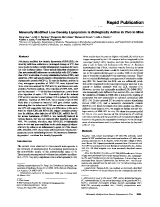 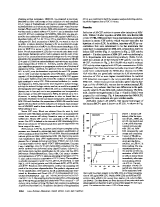 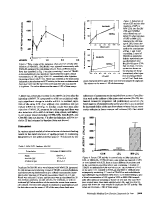 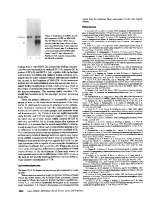 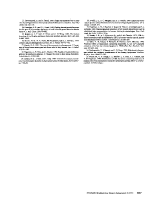