Find articles by Tritto, I. in: JCI | PubMed | Google Scholar

To test whether generation of oxygen radicals during postischemic reperfusion might promote peroxidation of cardiac membrane lipids, four groups of Langendorff-perfused rabbit hearts were processed at the end of (a) control perfusion, (b) 30 min of total global ischemia at 37 degrees C without reperfusion, (c) 30 min of ischemia followed by reperfusion with standard perfusate, (d) 30 min of ischemia followed by reperfusion with the oxygen radical scavenger human recombinant superoxide dismutase (h-SOD). The left ventricle was homogenized and tissue content of malonyldialdehyde (MDA), an end product of lipid peroxidation, was measured on the whole homogenate as well as on various subcellular fractions. Reperfusion was accompanied by a significant increase in MDA content of the whole homogenate and of the fraction enriched in mitochondria and lysosomes. This phenomenon was not observed in hearts subjected to ischemia but not reperfused, and was similarly absent in those hearts which received h-SOD at reflow. Reperfused hearts also had significantly greater levels of conjugated dienes (another marker of lipid peroxidation) in the mitochondrial-lysosomal fraction. Again, this phenomenon did not occur in ischemic hearts or in reperfused hearts treated with h-SOD. Unlike the effect on tissue MDA and conjugated dienes, reperfusion did not significantly stimulate release of MDA in the cardiac effluent. Treatment with h-SOD was also associated with significant improvement in the recovery of cardiac function. In conclusion, these data directly demonstrate that postischemic reperfusion results in enhanced lipid peroxidation of cardiac membranes, which can be blocked by h-SOD, and therefore is most likely secondary to oxygen radical generation at reflow. 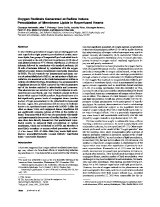 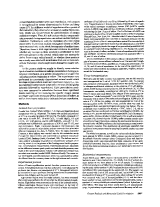 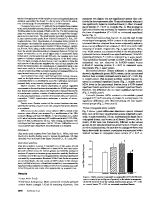 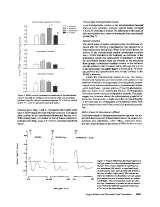 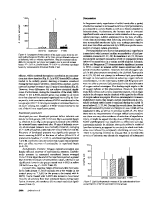 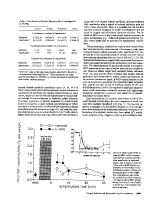 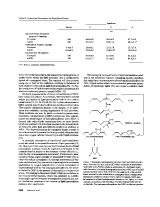 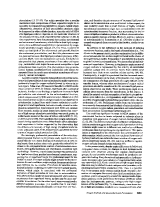 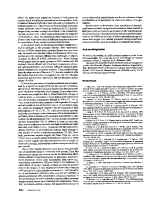 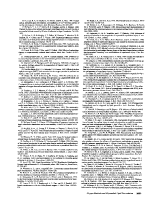 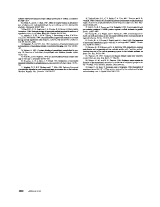