The mechanism by which prostaglandin E2 (PGE2) inhibits sodium absorption (JNa) in the rabbit cortical collecting duct (CCD) was explored. PGE2 activates at least three signaling mechanisms in the CCD: (a) by itself PGE2 increases cAMP generation (b) PGE2 also inhibits vasopressin-stimulated cAMP accumulation, and (c) PGE2 raises intracellular calcium([Ca++]i). We tested the contribution of these signaling pathways to PGE2's effect on Na+ absorption, measuring 22Na flux (JNa) and [Ca++]i (using fura-2) in microperfused rabbit CCDs. In control studies PGE2 reduced JNa from 28.2 +/- 3.4 to 15.6 +/- 2.6 pmol.mm-1.min-1. Lowering bath calcium from 2.4 to 45 nM did not by itself alter JNa but in this setting PGE2 failed to inhibit JNa (28.6 +/- 5.4 to 38.5 +/- 4.0). In separate tubules, PGE2 raised [Ca++]i in a spike-like fashion followed by a sustained elevation. However, in 45 nM bath Ca++, PGE2 failed to produce a sustained [Ca++]i elevation. While pretreatment of CCDs with pertussis toxin blocked PGE2 inhibition of vasopressin-stimulated water permeability, it did not block the effect of PGE2 on JNa. To see if cAMP generation contributes to the effect of PGE2 on JNa, we tested the effect of exogenous cAMP, (8-chlorophenylthio(CPT)cAMP) on JNa. 0.1 mM 8-CPTcAMP reduced JNa from 35.75 +/- 2.3 to 21.6 +/- 2.2. However, the addition of PGE2 further blunted JNa to 15.9 +/- 1.3. In CCDs pretreated with indomethacin, 8-CPTcAMP did not significantly decrease JNa 33.6 +/- 2.8 vs. 28.4 +/- 2. However, superimposed PGE2 reduced JNa to 19.0 +/- 3.0. We conclude that PGE2 inhibits sodium transport predominantly by increasing intracellular calcium. This action is not mediated by a pertussis toxin-sensitive G protein. Finally, cAMP, through a cyclooxygenase-dependent mechanism, also inhibits CCD JNa and may contribute to the effects of PGE2 on JNa in the rabbit CCD. 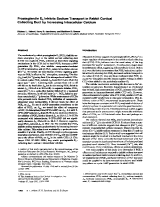 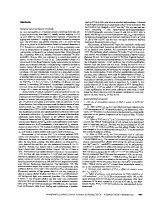 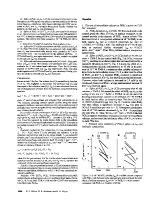 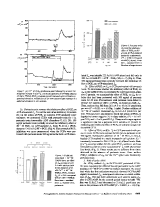 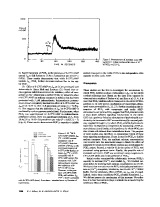 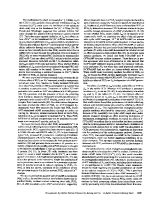 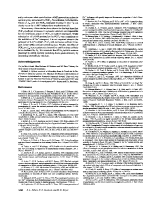