Rats of the Wistar Furth (WF) strain have hereditary macrothrombocytopenia (large mean platelet volume [MPV] with increased platelet size heterogeneity and reduced platelet count). Ultrastructural studies suggest that this anomaly results from erratic subdivision of megakaryocyte cytoplasm into platelets. In this study, we have examined protein profiles of platelets of WF rats for biochemical abnormalities associated with this anomaly. Marked decreases in protein bands with an Mr of 185, 57, 53, 16, 13, and 8 kd were observed in one-dimensional reduced SDS-PAGE gels in WF platelets compared with platelets of Wistar, Long Evans, and Sprague-Dawley rats. These proteins were released into the supernatant when washed platelets were treated with thrombin suggesting that they were alpha-granule proteins. These abnormalities were not present in offspring of crosses between Wistar Furth and Wistar rats; however, they were present in platelets of offspring with large MPV derived from backcrosses of (WF X Wistar) F1 males to WF females, but not in backcross offspring with normal platelet size. Immunoblotting confirmed decreased levels of thrombospondin, fibrinogen, and platelet factor 4 in WF platelets. Electron microscopic examination revealed that platelet alpha granules were usually smaller in Wistar Furth than in Wistar rats. In addition, immunogold electron microscopy demonstrated that the surface connected canalicular system of the large Wistar Furth platelets, contained dense material composed of alpha-granule proteins, not present in Wistar platelets. From these results, we conclude that the Wistar Furth rat platelet phenotype of large mean platelet volume and decreased levels of alpha-granule proteins represents an animal model resembling gray platelet syndrome. The autosomal recessive pattern of inheritance of the large MPV phenotype and platelet alpha-granule protein deficiencies suggests that a component common to both formation of platelet alpha granules, and subdivision of megakaryocyte cytoplasm into platelets, is quantitatively or qualitatively abnormal in Wistar Furth rat megakaryocytes and platelets. 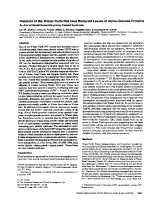 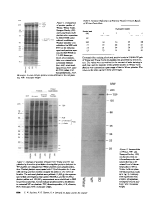 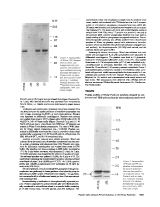 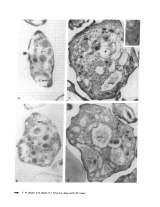 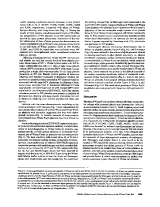 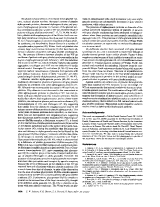 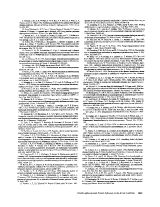