Antisense-mediated reduction in thrombospondin reverses the malignant phenotype of a human squamous carcinoma.

Thrombospondin (TSP) is a trimeric glycoprotein which is synthesized and incorporated into the extracellular matrix by a wide variety of cells. TSP is involved in a number of cellular processes which govern tumor cell behavior including mitogenesis, attachment, migration, and differentiation. To directly assess the role of TSP in tumor cell growth and spread, a human squamous carcinoma cell line, with high TSP production and an invasive phenotype, was transfected with a TSP cDNA antisense expression vector. Five unique transfected clones were obtained with reduced TSP production. Expression of the transfected antisense sequence in these clones was verified by a ribonuclease protection assay. These clones demonstrated reduced growth rates in vitro when compared with a vector transfected control. After subcutaneous inoculation into athymic mice, the antisense clones formed either no tumors or tumors that were slow growing and highly differentiated. This contrasted with the vector-transfected clone which produced poorly differentiated, rapidly growing, invasive tumors. Our results argue in favor of a direct role for TSP in determining the malignant phenotype of certain human tumors. 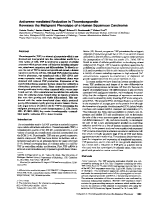 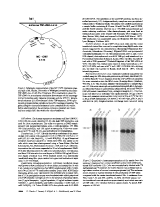 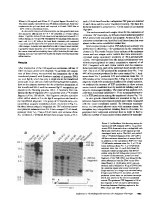 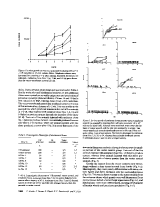 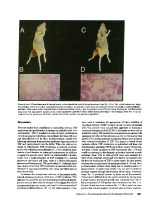 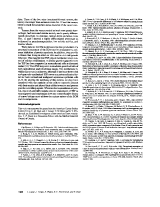