Find articles by Weber, B. in: JCI | PubMed | Google Scholar

The effects of tumor necrosis factor (TNF) on the regulation of macrophage-specific colony stimulating factor (CSF-1) gene expression have been studied in HL-60 cells during monocytic differentiation. CSF-1 transcripts were undetectable in uninduced HL-60 cells, reached maximal levels by 3 h of exposure to TNF, and returned to that of control cells by 24 h. Transcriptional run-on analysis demonstrated that exposure to TNF stimulated the rate of CSF-1 gene transcription by 6.4-fold. The combination of a protein synthesis inhibitor, cycloheximide, and TNF increased levels of CSF-1 mRNA compared with treatment by TNF alone. We also studied the signal transduction mechanisms responsible for regulating TNF-induced CSF-1 mRNA levels. Both 4-bromophenacyl bromide and quinacrine, inhibitors of phospholipase A2 activity, blocked TNF-induced increases in CSF-1 transcripts in a concentration-dependent manner, while caffeic acid and nordihydroguaiaretic acid, inhibitors of the 5-lipoxygenase pathway, had no detectable effect on induction of CSF-1 RNA. PGE2 or dibutyryl cAMP treatment of HL-60 cells in the presence of TNF blocked the expression of CSF-1 mRNA in a dose-dependent manner. These findings suggest that the increase in CSF-1 RNA observed during TNF treatment is regulated, at least in part, by both transcriptional and posttranscriptional mechanisms, and that PGE2 and cAMP regulate transcriptional activation of the CSF-1 gene by TNF. 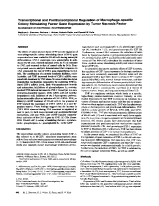 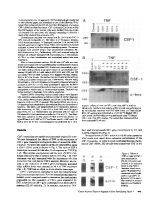 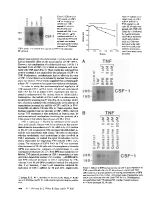 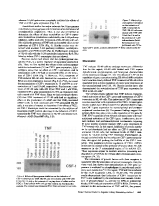 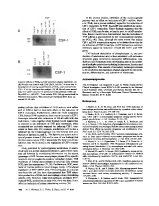 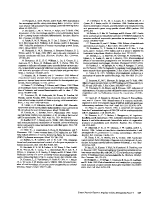