Find articles by Saluja, A. in: JCI | PubMed | Google Scholar

Find articles by Villa, A. in: JCI | PubMed | Google Scholar

Find articles by Leli, U. in: JCI | PubMed | Google Scholar

The pancreatic duct of anesthetized rabbits was cannulated and, in some animals, flow of pancreatic exocrine secretions was blocked by raising the cannula to a vertical position. Blockage for 3-7 h caused a rapid and significant rise in serum amylase activity and an increase in amylase activity within the pancreas. The concentration of lysosomal enzymes in the pancreas was not altered but they became redistributed among subcellular fractions and, as a result, an increased amount was recovered in the 1,000-g, 15-min pellet, which was enriched in zymogen granules. Immunofluorescence studies indicated that lysosomal enzymes become localized within organelles which, in size and distribution, resemble zymogen granules. They also contain digestive enzyme zymogens. Blockage of pancreatic secretions also caused lysosomal enzyme-containing organelles to become more fragile and subject to in vitro rupture. These changes noted after short-term pancreatic duct obstruction are remarkably similar to those previously noted to occur during the early stages of diet and secretagogue-induced experimental pancreatitis, observations that have suggested that colocalization of digestive enzyme zymogens and lysosomal hydrolases might result in intracellular digestive enzyme activation and be an important early event in the evolution of those forms of experimental acute pancreatitis. 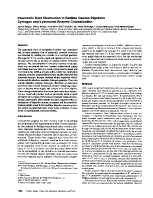 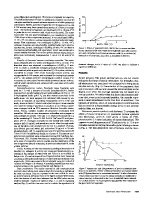 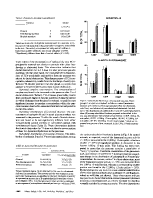 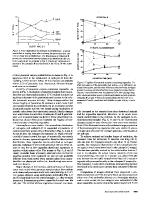 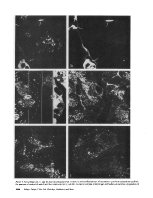 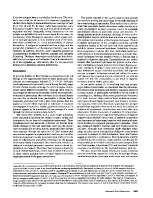 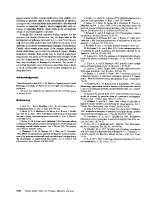