Find articles by Lau, A. in: JCI | PubMed | Google Scholar

High levels of an acid-labile IFN-alpha have been demonstrated in the sera of patients with symptomatic HIV infection. IFNs have been shown to enhance the cytotoxic and antiproliferative actions of tumor necrosis factor (TNF), which is a potent mediator of inflammation and sepsis. We show that the acid-labile IFN-alpha present in AIDS sera can induce TNF synthesis and sensitize blood monocytes (BM) to endotoxin stimulation resulting in further synthesis of TNF in vitro. TNF production by BM from patients with HIV infections and normal controls was measured by a cytotoxicity assay on L929 cells using human TNF alpha as a standard. BM from AIDS patients spontaneously produce high levels of TNF and are hypersensitive to endotoxin stimulation, resulting in enhanced synthesis of TNF. In determining the mechanism involved, we demonstrated that treatment of normal BM with AIDS sera results in induction of TNF. Neutralization of the acid-labile IFN-alpha in AIDS sera with polyclonal anti-IFN-alpha antibodies results in diminution of TNF induction. In addition, pretreatment of normal BM with AIDS sera, IFN-alpha, or IFN-gamma renders the cells hypersensitive to endotoxin. Consequently, activation of the TNF system by the acid-labile IFN-alpha contributes to some of the physiological disturbances, such as the wasting syndrome, and to the pathophysiology of sepsis in AIDS patients. 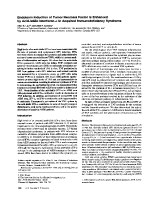 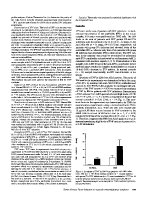 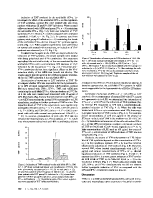 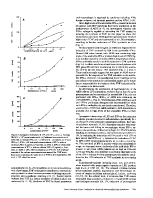 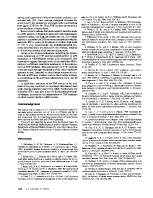 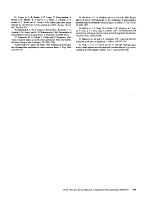