Endothelins are a group of potent vasoconstrictors whose structure was deduced from genomic DNA. ET-1 was first isolated from culture supernatants from porcine endothelial cells and ET-3 was identified from a rat DNA library. We report on the binding of 125I-ET-1 to zona glomerulosa cells in culture and on its ability to stimulate aldosterone secretion. Cultured calf adrenal zona glomerulosa cells have saturable, high affinity [Kd = 1.00 +/- 0.17 X 10(-10) M (SEM)] receptors which bind ET-1 in a temperature and time dependent manner. Binding was specific and angiotensin II, vasopressin, ANP, BNP, apamin, calcium channel agonists or antagonists did not interact with the receptor. ET-3 displaced 125I-ET-1 from the receptor with a relative potency of 0.39 +/- 0.1% (SEM) that of ET-1. ET-1 incubated with cultured glomerulosa cells stimulated aldosterone secretion in a dose dependent manner but it was less potent than angiotensin II. ET-3 had less than 1% the relative potency of ET-1 stimulating aldosterone secretion. This data suggest that ET-1 is an independent stimulator of aldosterone secretion and we are speculating that it might be important in those situations, like in malignant hypertension, where endothelial damage might result in increased ET-1 production. 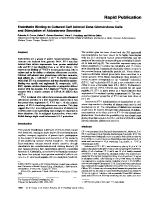 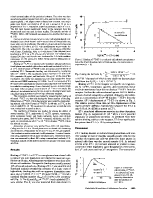 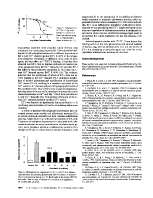 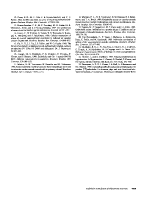