Idiotypic sensitization in utero of children born to mothers with schistosomiasis or Chagas' disease.

Cord blood mononuclear cells (CBMC) of neonates born of mothers with Chagas' disease or schistosomiasis exhibited strong proliferative responses against idiotypes expressed on antibodies with specificity for Trypanosoma cruzi or Schistosoma mansoni antigens, respectively. These immunoaffinity-purified preparations were stimulatory if they were prepared from pools of patients' sera or from the mother's own serum, taken early during her pregnancy. These CBMC did not respond to normal immunoglobulin, and CBMC of neonates born of uninfected mothers did not respond to antibodies against either T. cruzi or S. mansoni, or normal immunoglobulin preparations. We propose that in utero exposure of a fetus to some idiotypes expressed on placentally transferred antibodies induces anti-Id T lymphocyte sensitization, which we detect as a proliferative response by CBMC exposed to immunoaffinity-purified antibodies expressing the relevant idiotypes. This is the first experimental evidence that children born of mothers with chronic infections undergo natural in utero idiotypic manipulations and are born possessing cellular anti-Id reactivity. 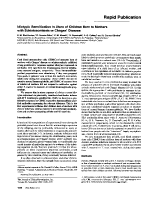 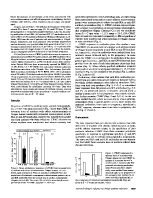 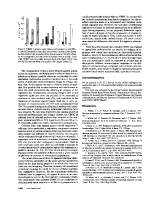 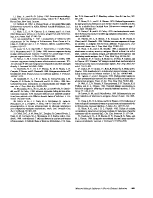