Find articles by Matsumoto, A. in: JCI | PubMed | Google Scholar

We report the identification of a female patient with the X-linked recessive Lesch-Nyhan syndrome (hypoxanthine phosphoribosyltransferase [HPRT] deficiency). Cytogenetic and carrier studies revealed structurally normal chromosomes for this patient and her parents and demonstrated that this mutation arose through a de novo gametic event. Comparison of this patient's DNA with the DNA of her parents revealed that a microdeletion, which occurred within a maternal gamete and involved the entire HPRT gene, was partially responsible for the disease in this patient. Somatic cell hybrids, generated to separate maternal and paternal X chromosomes, showed that expression of two additional X-linked enzymes, phosphoglycerate kinase and glucose-6-phosphate dehydrogenase, were expressed only in cells that contained the maternal X chromosome, suggesting the presence of a functionally inactive paternal X chromosome. Furthermore, comparison of methylation patterns within a region of the HPRT gene known to be important in gene regulation revealed differences between DNA from the father and the patient, in keeping with an active HPRT locus in the father and an inactive HPRT locus in the patient. Together these data indicate that nonrandom inactivation of the cytogenetically normal paternal X chromosome and a microdeletion of the HPRT gene on an active maternal X chromosome were responsible for the absence of HPRT in this patient. 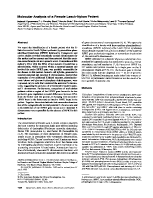 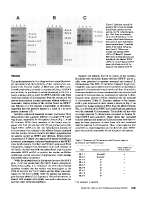 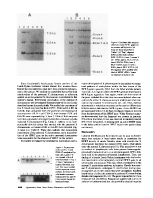 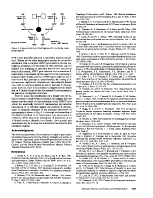