Efforts to determine the role of specific Ig variable region (V) genes in human autoimmune responses have been hampered by the lack of suitably polymorphic probes. Recently we isolated a heavy chain V (Vh) gene, designated Humhv3005, that is 99% homologous to the 1.9III Vh gene and can encode an anti-DNA antibody. To study the relation between these two genes, different DNA fragments from the isolated Humhv3005 clone were used to probe Southern blots of human genomic DNA. A 1.6-kb Eco RI fragment (designated hv3005/E1.6) was found to hybridize with only one band in Eco RI-digested DNA, and with two major bands in Bam HI-digested DNA. Importantly, the sizes of the latter two bands were indistinguishable from the corresponding Bam HI fragment sizes of the isolated hv3005 clone and the isolated 1.9III clone, respectively. Population and family studies with the hv3005/E1.6 probe revealed five different hybridization patterns of these two characteristic bands, which defined nine possible genotypes for two human Ig Vh gene loci. Together the data demonstrate that hv3005/E1.6 is a highly informative probe for an autoantibody-associated Vh gene(s), and should prove useful in elucidating the role of Ig Vh genes in autoimmune diseases. 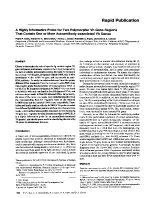 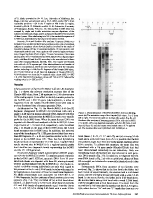 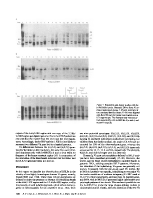 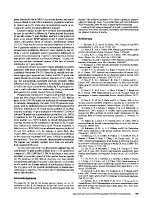 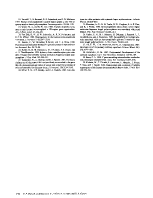