The exposure of endothelial cells (EC) to fibrin has been shown to stimulate the rapid release of von Willebrand factor (vWf) from storage sites in Weibel-Palade bodies. We have now investigated the fibrin structural features required for stimulation of release. The role of fibrinopeptide cleavage was examined by preparing fibrin with thrombin to remove both fibrinopeptide A (FPA) and fibrinopeptide B (FPB) and with reptilase or Agkistrodon contortrix procoagulant to selectively remove FPA or FPB, respectively. vWf release was found to require FPB cleavage, whereas removal of FPA and Factor XIIIa cross-linking of fibrin were without effect. The dependence of release on FPB cleavage suggested that a site involving the NH2 terminus of the beta chain could mediate vWf secretion. To test this hypothesis, B beta chain derivatives were prepared and examined for their capacity to induce release. Purified B beta chain had no effect on release at a concentration of 20 nM but stimulated release from 26 +/- 6% of cells at 200 nM, the maximum solubility. However, after thrombin cleavage of FPB, release occurred from 36 +/- 9% of cells at 20 nM and from 60 +/- 7% at 200 nM, both significantly greater than before cleavage. FPB and B beta 1-42 showed no activity, whereas beta 15-42, representing the NH2 terminus of the thrombin cleaved beta chain, stimulated significant release at concentrations of 0.1 and 1 mM. We conclude that FPB cleavage from fibrin is required for stimulation of vWf release from EC and that this is mediated by a site that includes the NH2 terminus of the beta chain. 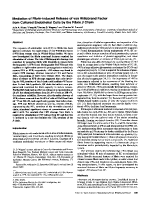 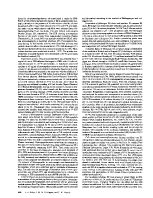 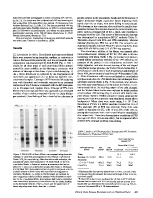 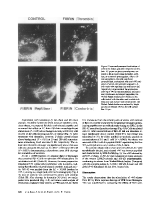 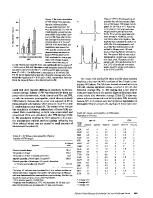 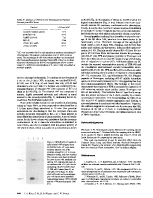 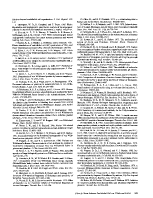 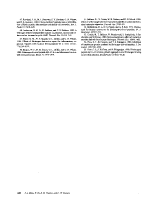