At least two genetically distinct glucose transporters (GTs) coexist in adipose cells, one cloned from human hepatoma cells and rat brain (HepG2/brain) and another from rat skeletal muscle, heart, and adipose cells (adipose cell/muscle). Here we demonstrate differential regulation of these two GTs in adipose cells of diabetic and insulin-treated diabetic rats and compare changes in the expression of each GT with marked alterations in insulin-stimulated glucose transport activity. Adipose cell/muscle GTs detected by immunoblotting with the monoclonal antiserum 1F8 (James, D. E., R. Brown, J. Navarro, and P. F. Pilch. 1988. Nature (Lond.). 333:183-185), which reacts with the protein product of the newly cloned adipose cell/muscle GT cDNA, decrease 87% with diabetes and increase to 8.5-fold diabetic levels with insulin treatment. These changes concur qualitatively with previous detection of GTs by cytochalasin B binding and with insulin-stimulated 3-O-methylglucose transport. Northern blotting reveals that the adipose/muscle GT mRNA decreases 50% with diabetes and increases to 6.8-fold control (13-fold diabetic) levels with insulin treatment. In contrast, GTs detected with antisera to the carboxyl terminus of the HepG2 GT or to the human erythrocyte GT show no significant change with diabetes or insulin treatment. The HepG2/brain GT mRNA is unchanged with diabetes and increases threefold with insulin treatment. These results suggest that (a) altered expression of the adipose cell/muscle GT forms the molecular basis for the dysregulated glucose transport response to insulin characteristic of diabetes, (b) the expression of two types of GTs in rat adipose cells is regulated independently, and (c) alterations in mRNA levels are only part of the mechanism for in vivo regulation of the expression of either GT species. 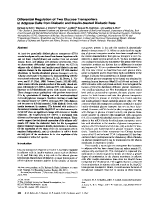 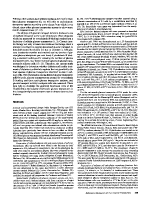 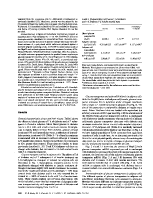 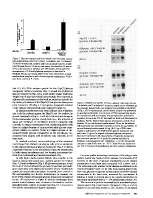 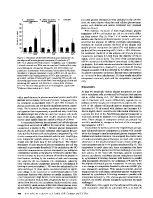 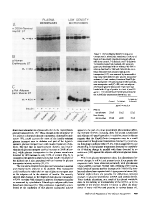 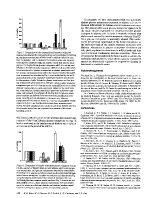 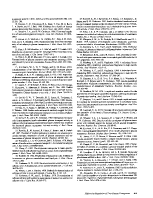