alpha 1-Antitrypsin (alpha 1AT) deficiency is a hereditary disorder associated with reduced serum alpha 1AT levels and the development of pulmonary emphysema. An alpha 1AT gene is defined as "Null" when no alpha 1AT in serum is attributed to that alpha 1AT gene. Although all alpha 1AT Null genes have identical phenotypic consequences (i.e. no detectable alpha 1AT in the serum), different genotypic mechanisms can cause the Null state. This study defines the molecular basis for the alpha 1AT gene Nullmattawa, identified and cloned from genomic DNA of an individual with the Null-Null phenotype and emphysema resulting from the heterozygous inheritance of the Nullmattawa and Nullbellingham genes. Sequencing of exons Ic-V and all exon-intron junctions of the Nullmattawa gene demonstrated it was identical to the common normal M1(Val213) alpha 1AT gene except for the insertion of a single nucleotide within the coding region of exon V, causing a 3' frameshift with generation of a premature stop signal. Family analysis using oligonucleotide probes specific for the Nullmattawa sequence demonstrated the gene was inherited in an autosomal fashion. Examination of blood monocytes demonstrated that a normal-sized, 1.8-kb alpha 1AT mRNA transcript is associated with the Nullmattawa gene and in vitro translation of mRNA with the Nullmattawa mutation showed it translated at a normal rate but produced a truncated alpha 1AT protein. Additionally, retroviral transfer of the alpha 1AT Nullmattawa cDNA to murine fibroblasts demonstrated no detectable intracellular or secreted alpha 1AT, despite the presence of alpha 1AT Nullmattawa mRNA transcripts. These findings are consistent with the concept that the molecular pathophysiology of Nullmattawa is likely manifested at a posttranslational level. The identification of the Nullmattawa gene supports the concept that Null alpha 1AT alleles represent a heterogenous group in which very different mechanisms cause the identical phenotypic state. 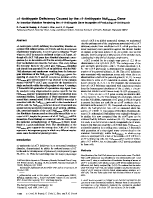 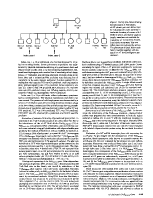 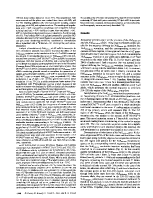 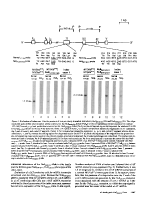 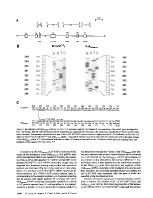 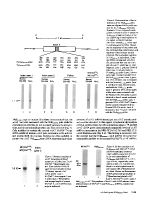 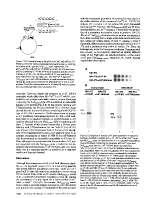 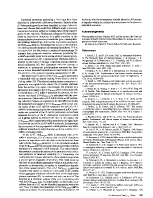 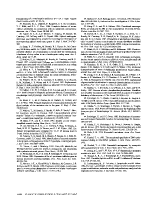