Although the degree of hyperglycemia is a powerful and independent risk factor for diabetic microvascular disease, it has not been established if and how high glucose per se can induce the typical lesions of microangiopathy. We have investigated in human vascular endothelial cells the expression of messenger RNA (mRNA) for collagen type IV and fibronectin, the two glycoproteins characteristically increased in diabetic basement membranes. In 12 confluent primary cultures exposed for 11 +/- 1 d (mean +/- SD) to 30 mM glucose and exhibiting cell number and thymidine incorporation similar to control cultures, the levels of collagen IV and fibronectin mRNA were, respectively, 238 +/- 140 and 221 +/- 231 percent of control (P less than 0.01). The effects of high glucose were selective (the levels of collagen I and c-myc mRNA remained unchanged), independent of the proliferative activity of the cultures and of the plating substratum, and maintained throughout multiple passages. However, several days of exposure to high glucose were required before their appearance. These observations establish that high glucose is a perturbation sufficient to mimic the effects of diabetes on the regulation of basement membrane components and propose that modifications in gene expression may pertain to the chain of events leading to diabetic angiopathy. 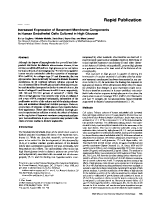 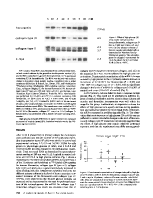 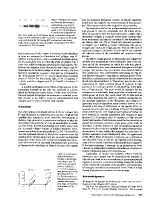 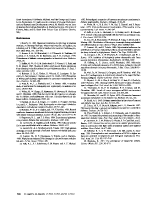