Abnormal renovascular reactivity, characterized by paradoxical vasoconstriction to a reduction in renal perfusion pressure (RPP) in the autoregulatory range, increased sensitivity to renal nerve stimulation (RNS), and loss of vasodilatation to acetylcholine have all been demonstrated in ischemic acute renal failure (ARF). To determine if ischemic injury alters vascular contractility by increasing smooth muscle cell calcium or calcium influx, the renal blood flow (RBF) response to reductions in RPP within the autoregulatory range and to RNS were tested before and after a 90-min intrarenal infusion of verapamil or diltiazem in 7-d ischemic ARF rats. Both calcium entry blockers, verapamil and diltiazem, blocked the aberrant vasoconstrictor response to a reduction in RPP and RNS (both P less than 0.001). In a second series of experiments the potential role of an ischemia-induced endothelial injury and of the absence of endothelium-derived relaxing factor (EDRF) production were examined to explain the lack of vasodilatation to acetylcholine. Acetylcholine, bradykinin (a second EDRF-dependent vasodilator), or prostacyclin, an EDRF-independent vasodilator, was infused intrarenally for 90 min, and RBF responses to a reduction in RPP and RNS were tested in 7-d ischemic ARF rats. Neither acetylcholine nor bradykinin caused vasodilatation or altered the slope of the relationship between RBF and RPP. By contrast, prostacyclin increased RBF (P less than 0.001), but did not change the vascular response to changes in RPP. It was concluded that the abnormal pressor sensitivity to a reduction in RPP and RNS was due to changes in renovascular smooth muscle cell calcium activity that could be blocked by calcium entry blockers. A lack of response to EDRF-dependent vasodilators, as a result of ischemic endothelial injury, may contribute to the increased pressor sensitivity of the renal vessels. 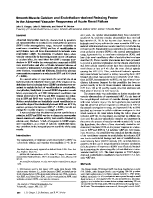 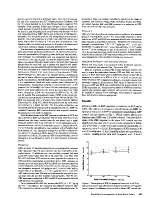 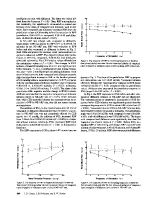 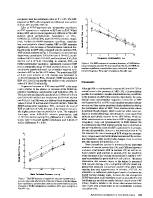 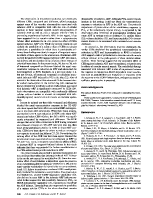 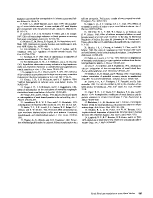