To explore the potential role of the parasympathetic nervous system in human glucoregulatory physiology, responses to the muscarinic cholinergic agonist bethanechol (5.0 mg s.c.) and antagonist atropine (1.0 mg i.v.) were measured in normal humans. There were no changes in the plasma glucose concentration or rates of glucose production or utilization following atropine administration. After bethanechol administration there were no changes in the plasma glucose concentration or fluxes despite increments in plasma glucagon (75 +/- 7 to 103 +/- 10 pg/ml, P less than 0.02). There were no changes in insulin or C-peptide levels. To test the hypothesis that direct muscarinic inhibition of glucose production was offset by an indirect action of the agonist, specifically increased glucagon secretion with consequent stimulation of glucose production, bethanechol was administered while glucagon levels were held constant with the islet clamp technique (somatostatin infusion with insulin, glucagon and growth hormone replacement at fixed rates). Under that condition the muscarinic agonist induced a 25% decrement in the plasma glucose concentration (101 +/- 8 to 75 +/- 8 mg/dl, P less than 0.05). When compared with separate clamp control studies (with placebo rather than bethanechol injection) both the rate of glucose production and the glucose concentration were reduced (P less than 0.05) following bethanechol injection; the rate of glucose utilization was unaltered. Thus, we conclude: Withdrawal of parasympathetic tone does not appear to be an important glucoregulatory process in humans. Direct muscarinic cholinergic inhibition of hepatic glucose production occurs in humans but during generalized muscarinic activation this is offset by an indirect muscarinic action, increased glucagon secretion with consequent stimulation of glucose production. Thus, particularly if regional neuronal firing occurs, the parasympathetic nervous system may play an important role in human glucoregulatory physiology. 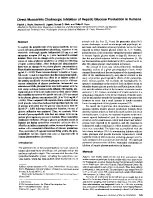 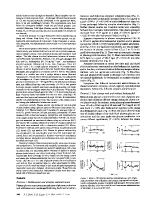 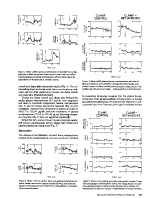 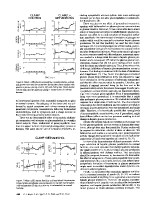 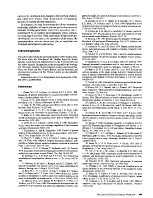