Find articles by Klibanski, A. in: JCI | PubMed | Google Scholar

Approximately 25% of patients with pituitary adenomas have no clinical or biochemical evidence for excess hormone secretion and are classified as having null cell or nonfunctioning adenomas. To characterize the cell type of these tumors, we analyzed pituitary hormone gene expression in clinically nonfunctioning pituitary adenomas using specific oligonucleotide probes for the messenger (m)RNAs encoding growth hormone, prolactin, ACTH, and the glycoprotein hormone subunits, alpha, luteinizing hormone (LH)beta, follicle-stimulating hormone (FSH)beta, and thyroid-stimulating hormone (TSH)beta. Expression of one or more of the anterior pituitary hormone genes was found in 12/14 (86%) of the patients with clinically classified nonfunctioning adenomas. Expression of one or more of the glycoprotein hormone genes (alpha, LH beta, FSH beta, TSH beta) was identified most commonly (79%) with expression of multiple beta-subunit genes in many cases. Expression of alpha-subunit mRNA was found in each of the adenomas from patients expressing one of the beta-subunit mRNAs and in three patients with no detectable beta-subunit mRNA. Although FSH beta and LH beta mRNAs were found with similar frequencies in nonfunctioning adenomas, expression of FSH beta mRNA was generally much more abundant. TSH beta mRNA was detected in only one adenoma. The levels of glycoprotein hormone subunit mRNAs were variable in different adenomas, but the lengths of the mRNAs and transcriptional start sites for the alpha- and beta-subunit genes were the same in the pituitary adenomas and in normal pituitary. Growth hormone and prolactin gene expression were not observed in the nonfunctioning adenomas, but ACTH mRNA was found in a single case. Immunohistochemistry of the adenomas confirmed production of one or more pituitary hormones in 13/14 (93%) nonfunctioning tumors, with a distribution of hormone production similar to that of the hormone mRNAs. These data indicate that pituitary adenomas originating from cells producing glycoprotein hormones are common, but are difficult to recognize clinically because of the absence of characteristic endocrine syndromes and defective hormone biosynthesis and secretion. 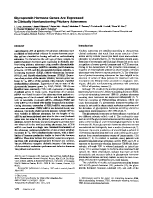 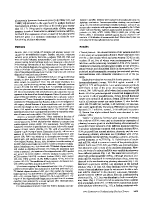 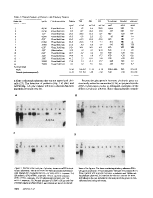 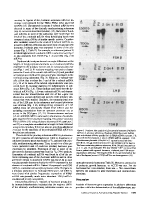 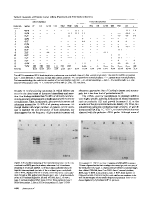 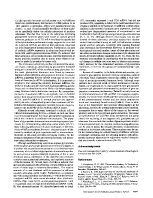 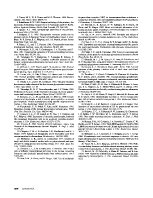