Find articles by Pipkorn, U. in: JCI | PubMed | Google Scholar

Find articles by Kagey-Sobotka, A. in: JCI | PubMed | Google Scholar

The effect of systemic glucocorticoid treatment on early- and late-phase nasal allergic reactions after allergen challenge was determined in a double-blind, cross-over study in 13 allergic individuals. The subjects were pretreated for 2 d before challenge with 60 mg prednisone per day or a matching placebo. A previously described model using repeated nasal lavages for measuring mediator release in vivo was utilized. Symptom scores obtained repeatedly before, during, and after the challenge and the number and timing of sneezes were recorded. The mediators measured were histamine. N-alpha-p-tosyl-L-arginine methyl ester (TAME)-esterase activity, kinins, PGD2, and LTC4/D4. Albumin was also measured as a marker of plasma transudation. Blood samples were taken for determination of total number of white blood cells, differential count, and total blood histamine content. No effect of steroid therapy was found on the appearance of symptoms or any of the mediators, except a reduction in kinins, in the early phase of the allergic reaction. However, in the late phase, the prednisone reduced the number of sneezes (P less than 0.01), as well as the level of histamine (P less than 0.05), TAME-esterase activity (P less than 0.05), kinins (P less than 0.05), and albumin (P less than 0.05). Only low levels of leukotrienes were found in the late phase, but the quantities of these mediators seemed to be decreased by the glucocorticoid treatment (P = 0.06). PGD2 did not increase during the LPR and thus was not affected by glucocorticosteroids. The immediate response to a second challenge 11 h after the first was also evaluated. Whereas the appearance of mediators was enhanced over the initial response to the same challenge dose in placebo-treated subjects, this enhancement was abrogated after prednisone treatment. As this dose of drug is known to be clinically effective in treating hay fever, the present study confirms the earlier findings of others that short-term systemic glucocorticoid treatment inhibits the late phase but not the immediate phase of antigen challenge. Furthermore, secondary enhancement of immediate responses is inhibited. This study shows that glucocorticoids inhibit the generation or release of inflammatory mediators during the late reaction and the physiologic response. 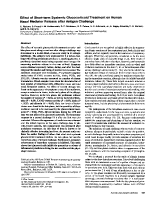 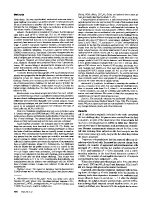 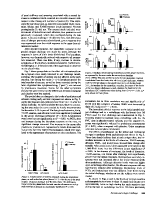 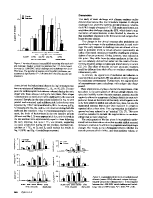 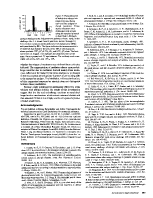