Hemophilia B (factor IXSeattle 2) due to a single nucleotide deletion in the gene for factor IX.

Find articles by Schach, B. in: JCI | PubMed | Google Scholar

To understand the molecular basis for hemophilia B in patients with little or no circulating Factor IX antigen, a patient who had less than 0.2% circulating Factor IX antigen (Factor IXSeattle 2) was selected for analysis of his Factor IX gene. Genomic DNA fragments from the abnormal gene were cloned into bacteriophage lambda vectors and recombinant phage were identified using radiolabeled genomic probes obtained from the normal Factor IX gene. The exons and flanking regions of the abnormal gene were sequenced by the dideoxy chain-termination method and this sequence was compared with that of the normal gene. Only one significant difference was observed, the deletion of a single adenine nucleotide in exon V. This resulted in a frameshift that converted an aspartic acid at position 85 in the protein to a valine and the formation of a stop signal at position 86. These data indicate that the gene for Factor IXSeattle 2 codes for an 85 residue polypeptide that terminates after the first epidermal growth factor domain. Thus, the putative Factor IXSeattle 2 polypeptide lacks the second epidermal growth factor domain, the activation peptide, and the catalytic domain present in the normal protein. This provides an explanation for the coagulation disorder in this patient and represents the first report of a single nucleotide deletion and frameshift resulting in hemophilia B. 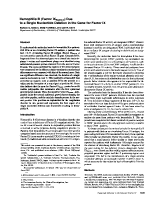 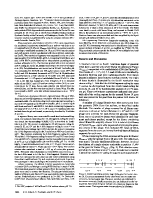 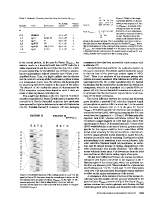 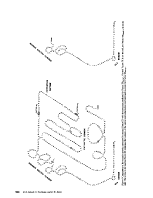 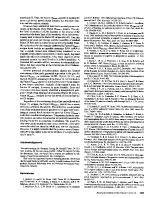 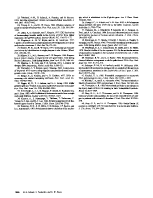