The chromatin-bound enzyme poly(ADP-ribose) polymerase (ADPRP) is strongly stimulated by DNA with single- or double-stranded breaks, and transfers the ADP-ribose moiety of NAD to nuclear proteins. The activation of ADPRP is important for DNA repair and replication, and also has been postulated to play a role in the pathogenesis of lymphocyte dysfunction associated with chronic inflammatory diseases, and inborn errors of nucleoside metabolism. We have detected high titers of IgG autoantibodies to the ADPRP protein in six patients with rheumatic complaints. No other autoantibodies were detected in any of the six sera. The specificity of the anti-enzyme antibodies was established by (a) immunoprecipitation of ADPRP activity, (b) immunoprecipitation and immunoblotting of both the native 116-kD enzyme and its proteolytic digestion products. ADPRP was purified from human thymus and calf thymus. The autoantibodies reacted equivalently with both enzymes. The anti-ADPRP antibodies had a distinctive immunofluorescent pattern with HEp-2 cells, reacting intensely with nucleoli and metaphase chromosomes, and diffusely with the nucleus. Autoantibodies to ADPRP have not been described previously. The presence of a specific immune response against an enzyme that has been associated with various immunodeficiency syndromes raises intriguing possibilities concerning the relationship between DNA damage, immunodeficiency, and autoimmunity. 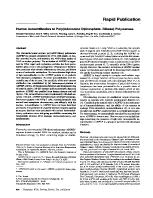 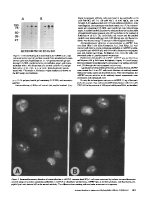 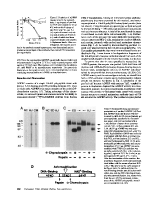 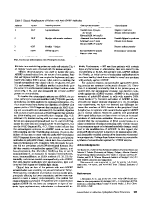 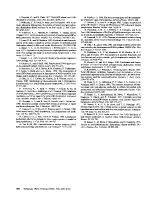