Killing of human melanoma cells by the membrane attack complex of human complement as a function of its molecular composition.

Find articles by Gigli, I. in: JCI | PubMed | Google Scholar

The efficiency of the membrane attack complex (MAC) in killing M21 melanoma cells was determined varying the molar ratio of cell-bound C9:C8. It was found that C5b-8 produced functional channels as evidenced by 86Rb release and propidium iodide uptake; cell killing occurred in the absence of C9 with greater than 5 X 10(5) C5b-8/cell; the maximal molar ratio of C9:C8 was 6.6:1; using nonlytic numbers of C5b-8 (4.7 X 10(5)/cell), greater than 90% killing ensued at a C9:C8 molar ratio of 2.8:1 at which approximately 9,000 poly C9/cell were formed, and 50% killing at a ratio of 1:1; (e) when the MAC was assembled on cells at 0 degree C, consisting of C5b-8(1)9(1), and unbound C9 was removed before incubation at 37 degrees C, killing was similar to that observed when poly C9 formation was allowed to occur. Thus, MAC lytic efficiency toward M21 cells may be enhanced by but does not depend on poly C9 formation. 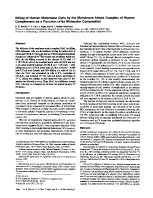 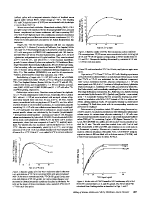 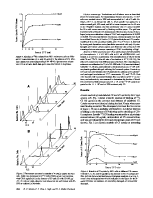 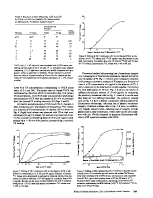 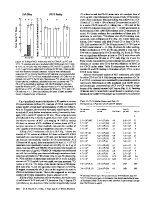 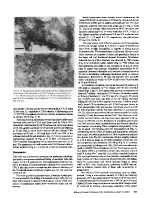 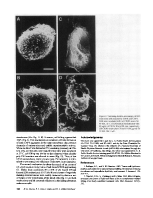 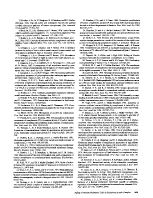