Find articles by Hyun, B. in: JCI | PubMed | Google Scholar

Two variant spectrins have been described in hereditary elliptocytosis (HE) and pyropoikilocytosis (HPP). Both are characterized by increased susceptibility of the alpha I (N-terminal) 80-kD domain to mild tryptic digestion, yielding peptides of 46-50 or 65-68 kD (T50a and T68 in our terminology). In this report we add a third unstable spectrin alpha I domain found in three kindreds with HE; alpha IT80 in this type of spectrin is cleaved by mild tryptic digestion to a 50-kD peptide (T50b) distinguished from T50a by its more basic isoelectric point. All three spectrins show impaired self-association to form oligomers. Intermediate tryptic peptides of the three unstable alpha I domains from HE spectrins were characterized by monoclonal immunoblotting and I125 limit peptide mapping and affinity purified using polyclonal anti-alpha IT80. Partial amino acid sequences of alpha I domain peptides were obtained from two unrelated patients for each of the three variant spectrins. T50a results from cleavage at arginine 250 or lysine 252 of alpha IT80; a proline replaced the normal leucine or serine at residues 254 and 255, respectively. T50b and a 19-kD peptide result from cleavage at arginine 462 or arginine 464; a proline replaced the normal residue 465 (in T19b) in one of the two patients studied. T68 results from cleavage at arginine 131. In both 68-kD peptides examined, a leucine is inserted at residue 150. The relationship of the sequence changes to the new tryptic cleavages, to the current model of alpha I domain structure, and to defective spectrin self-association is discussed. 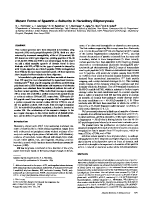 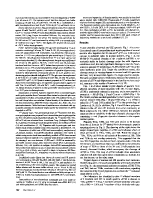 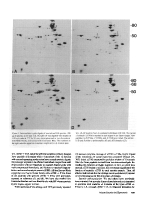 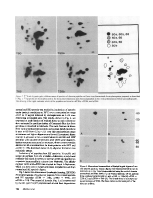 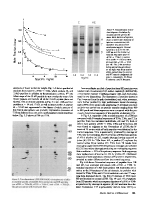 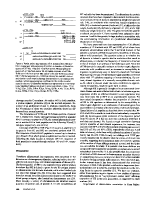 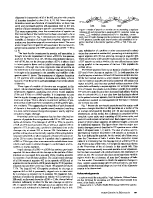 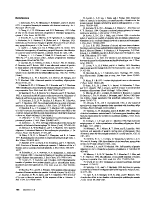