Find articles by Godard, A. in: JCI | PubMed | Google Scholar

Mechanically harvested lymphocytes invading an irreversibly rejected human kidney allograft were seeded at limiting dilution to calculate the frequency of growing precursors. Optimal growth frequency (1/13) was obtained when Epstein-Barr virus (EBV)-transformed donor B lymphocytes were used as stimulators (D-BLCL) in the presence of interleukin 2 (IL-2). The 55 clones analyzed were all T11+ and T3+, and all expressed DR antigens (45% were T8+ and 55% T4+). Only one clone had a double-labeled (T4+ T8+) surface. All cells proliferated significantly against D-BLCL, although T4+ clones had a significantly shorter average doubling time than T8+ clones. Nearly all T8+ clones were specifically cytotoxic for D-BLCL, while both T4 and T8 did not react against K562, autologous EBV-BLCL, and third-party EBV-BLCL. Detectable IL-2 was found in the culture supernatants of only a minority of clones (all T4+). 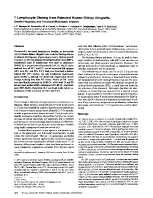 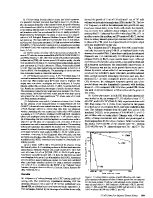 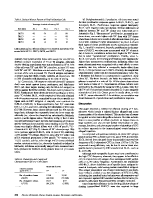 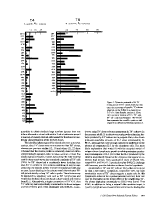 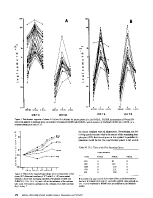 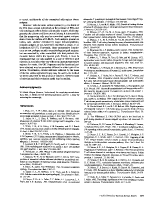