Adaptation during surgical stress. A reevaluation of the role of glucocorticoids.

Find articles by Gordon, A. in: JCI | PubMed | Google Scholar

Pharmacologic doses of glucocorticoids are administered to patients with adrenal insufficiency during operative procedures to prevent hemodynamic instability, cardiovascular collapse, and death. Since these supraphysiologic doses might not be necessary and might have adverse effects, we examined the effects of different doses of glucocorticoids on hemodynamic adaptation during surgical stress in adrenalectomized primates. Sham-adrenalectomized placebo-treated animals served as controls. Adrenalectomized monkeys were maintained for 4 mo on physiologic glucocorticoid and mineralocorticoid replacement. The adrenalectomized monkeys were then stratified into three groups receiving, respectively, subphysiological (one-tenth the normal cortisol production rate), physiological, or supraphysiological (10 times the normal cortisol production rate) cortisol (hydrocortisone) treatment. 4 d later a cholecystectomy was performed. The intraoperative hemodynamic and metabolic parameters, perioperative survival rates, and postoperative wound healing were compared. The subphysiologically treated group was hemodynamically unstable before, during, and after surgery and had a significantly higher mortality rate than control. In this group, arterial blood pressure was low, and the cardiac index, systemic vascular resistance index, and left ventricular stroke work index were all reduced, suggesting decreased cardiac contractility and blood vessel tone. In contrast, the physiologically replaced group was indistinguishable from either supraphysiologically treated animals or sham-operated controls. All groups had similar metabolic profiles and normal wound healing. These findings suggest that the permissive actions of physiologic glucocorticoid replacement are both necessary and sufficient for primates to tolerate surgical stress. Supraphysiological glucocorticoid treatment has no apparent advantage during this form of stress in the primate. 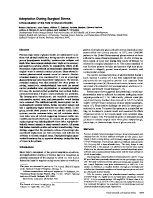 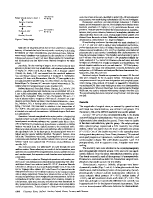 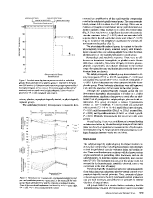 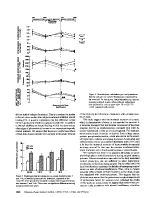 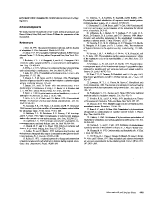