The source of the circulating aggregate of insulin in type I diabetic patients is therapeutic insulin.

Circulating insulin immunoreactivity (IRI) in type I diabetic patients (insulin-dependent diabetes mellitus [IDDM]) includes a covalent aggregate about twice the size of insulin. These studies were designed to determine the source and conditions promoting the accumulation of this material. Among 31 IDDMs, the aggregate made up 28 +/- 3.6% of the mean fasting plasma IRI. Five of these patients were restudied after 5 d of treatment with equidose intravenous insulin. The relative amount of the aggregate during subcutaneous treatment (40 +/- 8.0%) was indistinguishable (P greater than 0.7) from that at the termination of intravenous treatment (41 +/- 6.8%). To determine whether previous exposure to therapeutic insulin influenced the appearance and accumulation of the aggregate, we intravenously or subcutaneously infused insulin for 5 h in nine healthy volunteers (euglycemic clamp). At the termination of the high-dose intravenous infusion (10 mU X kg-1 X min-1), the concentration of the aggregate was 81 +/- 18 microU/ml, and it accounted for 2.9% of total IRI. At the conclusion of the other infusion protocols, the absolute amounts of aggregate were somewhat less, but they accounted for similar percentages. On polyacrylamide gel electrophoresis, the circulating aggregate was indistinguishable from a material of similar molecular weight contaminating commercial insulin. We conclude that the insulin aggregate found in the blood of IDDMs originates in commercial insulin. Its appearance is independent of the route of insulin administration. Prolonged and continuous use of insulin may increase its concentration but is not necessary for its appearance. The potential biologic and immunologic consequences of the aggregate are important matters that need to be addressed. 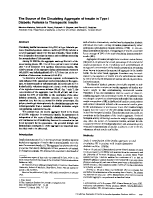 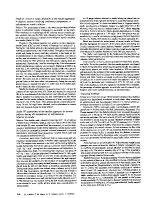 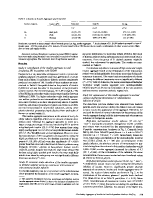 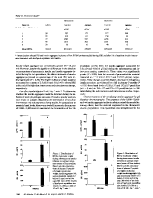 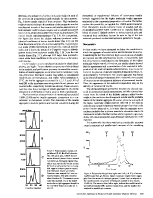 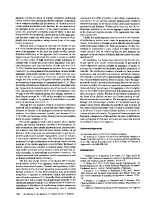 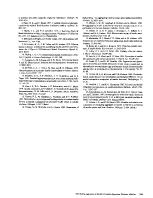